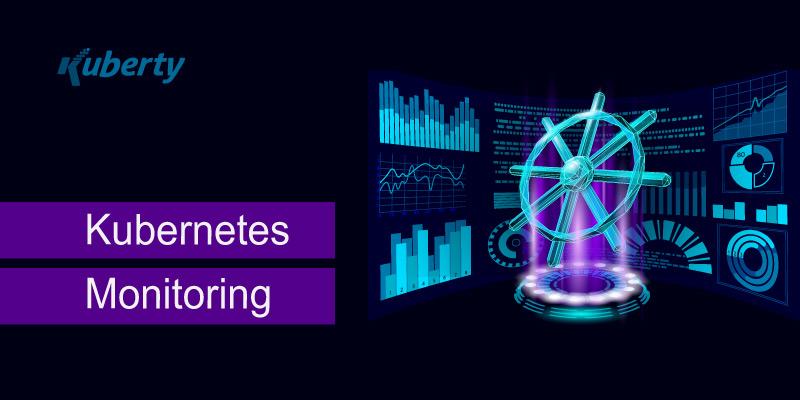 What is Kubernetes Monitoring

Sometimes when developers develop security or other applications, they depend on the computer they are working on for testing, beta analysis and computer version. However, the configuration of the computer that might be using that application may be entirely different. Therefore, the developer has to create a new application. It involves rewriting or disassembling and reassembling.

It sounds too complicated. Right? So to solve this issue, container applications are used.

Container applications are holders of files and base libraries. The application can be tested on several different computers without rewriting and redeveloping as per the other computers. It is much easier to work on rather than installing a new operating system. Even if your computer, which is used for testing, has the same version as per the developer’s computer, running many operating systems together poses a weight for the computer affecting its speed and efficiency.

Why is there a need for Kubernetes Monitoring?

Suppose you create a container that runs your application on different operating systems. Running it, however, might be a challenge. As computers provide a wide range of additional services in addition to these, supervising every system and each microservice is a challenging task. This is where container applications come into play.

It simplifies everyone’s job. Kubernetes is involved in this process. It helps the developer run several container applications on different operating systems. It can be like a teacher monitoring a student in an exam.

If the applications work independently, then there can be difficulties managing them within the computer. To stop this, Kubernetes can be used. Born from Google and Cloud Native Computing Foundation, it manages a cluster of container applications. It is the most popular open-source project. It is coined from the Greek word that means “sailing master.”

As an example, components are like independent Lego pieces, but Kubernetes makes them work together.

Some benefits of choosing Kubernetes are:

What are some difficulties that can be encountered while using Kubernetes?

Kubernetes enables developers to test their applications across multiple platforms and cloud services. Kubernetes offers developers so much more access and benefits, as discussed above. There are, however, cons to every pro. The same is true for Kubernetes. There are times when it can be a real pain in the head.

1. Complicatedness: Kubernetes has to be monitored. It adds to the layer of complexity. There are several applications in modern computers working in the background, from security to fingerprint access. On top of that, Kubernetes has got its own.

It simplifies the way the computer performs its everyday functions by adding additional functions. Again, it accesses applications but can lead to difficulties in troubleshooting and monitoring applications that are accessed. That’s why there is a need of monitoring Kubernetes so that they don’t disrupt day-to-day operations.

2. Kubernetes is not one Service but a bundle of Benefits:

It is Microservices’ job to ensure that the container application is functioning properly, as implied by its title. There are separate in-built applications for these microservices as well. As a result, it is important to monitor and understand how the microservices are performing their tasks.

3. The scale of the computer versus that of the developer

While we acquire developers or other cloud applications and their computer architectures, we often forget that our computers have smaller architectures. They may not be able to fit in the smaller spaces. It may crash the system. They bring a truckload of changes and a high amount of more minor elements.

What should you do to monitor Kubernetes?

Kubernetes manage different containers, but they contain a host of micro applications and services for other applications. It is hard to segregate them into operations. The application Containers are temporary, meaning once they fail, everything is deleted. One cannot trace it with logs or by troubleshooting applications installed. They disappear without leaving any significant traces. It can make the computer vulnerable to accidents. That’s why there is a need to monitor Kubernetes.

How to monitor Kubernetes?

They are a cluster of container applications with different components and services. It is difficult to isolate one by one and examine. Here are some of the ways :

As the human body’s nerves, nodes are physical devices like bridges, hubs, and switches attached to a network. They can send and receive information within a network. By monitoring the various components attached to Kubernetes, i.e. the cluster and the nodes, we can get an idea of the capacity and health of the network.

Computer usage and infrastructure should be optimal for the component applications and the other computer applications.

It is important to monitor and track Kubernetes to track the following:

What are some Essential tools used for monitoring Kubernetes?

Like any computer application, there are tools for managing Kubernetes as well.

They are as follows :

Helps in monitoring various comments across the Kubernetes and the workload they give.

It helps collect data of components within the Kubernetes and convert them into metrics. It is in a q and a format. It answers all questions like ” how many comments are remaining? How many died, made replicas? etc.

By using this, Kubernetes can train the health of probs, an internal function needed by components to finish their tasks.

Helps in monitoring resource utilization of nodes and components.

A microsystem can contain multiple applications and microsystems. Some computers have trouble with Kubernetes. Monitoring is therefore necessary.

The tools listed above assist in managing Kubernetes. Some are open source, while others are custom-made according to the client’s needs.