How to Check Python Version in Linux, macOS, and Windows?

Home / Linux / How to Check Python Version in Linux, macOS, and Windows? 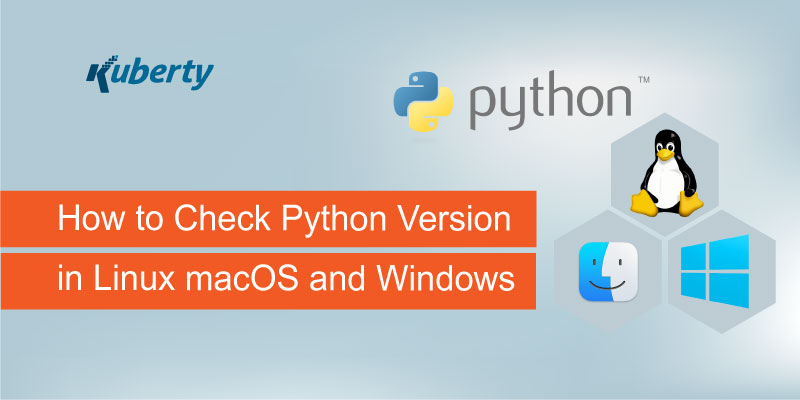 How to Check Python Version in Linux, macOS, and Windows?

Guido Van Rossum discovered Python in 1991 and it is widely respected as a programming language. The Python language contains a wide variety of versions, which are released on a regular basis in an organized manner. Because of its wide use, you may also find that some applications are dependent on Python in order to run accurately.

It provides many inbuilt libraries that help the user to use them effectively and reduce the amount of coding required to accomplish any task. The Python language is used primarily to create websites, applications, and to analyze data. Python’s two most popular versions are Python 2.7X and Python 3.8X. Both versions have their own distinct features, for instance, Python 2.7X is reliable when using a Python library.

You can run Python on a variety of operating systems including Windows, Mac OS, and Linux. There is a different Python version in each of them. So, if you are keen to find the installed version of Python on your system, follow the steps below.

Steps to Check the Python Version in Windows:

In order to check the latest version of python one can easily follow the below steps:

You can type the following command on your command prompt:

Then you have to press enter and it will return the version of python installed on your computer.

To start searching, simply press the Window key and type Python. Now, the system will check if it exists or not and return any matching results.

It will also return the processor of the system whether it is 32 bit or 64 bit. Hence, these are essential and simple steps to check the Python version on your Windows system.

In order to check the latest version of python on Linux, one can follow the following steps:

You can type the following command on your terminal in order to check the version of python:

Then you have to press enter and it will return the version of python installed in Linux.

So, in this way, one can easily check the version of python installed in Linux.

Mac Os is designed by the computer company Apple. The software is very easy to use. Since its introduction in 1984, Mac OS has introduced a variety of new features. It includes various features such as network browsing, file sharing, and more.

You can check the following command on the terminal to check the version of python:

So, in this way you can check the version of python installed on your computer. It is very easy to check and you can reinstall python’s latest version from its official website if your system is compatible with it.