What is Cloud Server? How Does it Work?

Home / Cloud / What is Cloud Server? How Does it Work? 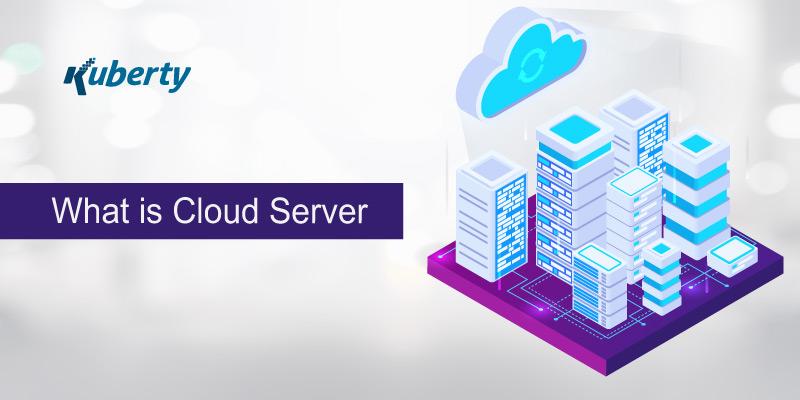 What is Cloud Server? How Does it Work?

The cloud is a combination of servers that are connected to the same internet connection and are part of an application or service. These services can include web hosting, software use, data hosting, data sharing, etc. Alternatively, the cloud also refers to cloud computing where different servers are connected with each other to transfer workload. It also means that you can distribute complex tasks throughout different machines in the cloud servers without having to use just one machine for the workload.

Cloud also provides you with cloud storage where you can store many distributed resources. If your cloud has data and files, you won’t have to create another version of them to distribute them to another computer because those data and files are accessible on other machines through the internet.

When a resource is on the cloud, it means that you can deliver it to another machine over the network, and the resource does not have to be in the physical place to access directly. Cloud servers are an example of a cloud-computing resource. But cloud storage, networking and software, cloud databases also fall under cloud computing. To understand how a cloud server works, you will have to check out the below section.

How does the Cloud Server Work?

A cloud server is created through virtualization on the network by installing a hypervisor or a management software program. Hypervisor connects the cloud servers together and virtualizes them by separating their resources and gathering them together that would create virtual servers. Then developers automate these resources and deliver them across multiple companies or in a single company over the cloud environment. And then, the staff at the company can access the databases in the cloud.

Automation and delivery of the cloud resources across multiple organizations of a single organization are known as the infrastructure-as-a-service (IaaS) model. The companies that apply LaaS don’t manage their network but they can monitor it from the third-party companies that deliver on-demand resources via the cloud network. Cloud servers examples include public or private cloud environments.

A public cloud can be used to access or store data temporarily and scale it as soon as the needs change. Cloud providers can also configure the cloud server as a dedicated server, and that would make it a bare-metal server. Cloud service providers dedicated physical servers to a particular user who needs a lot of storage or performance. We said that there are two main types of cloud servers—public and private cloud servers. But there is another one attached to the list.

How many types of Cloud Servers are there?

There are different types of cloud servers that enterprises can choose from but these are the main options:

Public cloud server providers host a virtual machine or computing instance on their own network infrastructure and then distribute that to other users through the internet. We have talked about this before and informed you that this distribution method is recognised as IaaS. The public cloud servers include Amazon Elastic Compute Cloud, Google Compute Engine instances, and Microsoft Azure instances.

Cloud servers are important for large or small enterprises, and they are available in a large range of computing options. They come with different processors and memory resources. They also have many other benefits.

What are the Benefits of Cloud Servers?

In order to choose the best cloud server, you need to determine your specific requirements. Regardless of what type of server you select, the following benefits are always available.

Cloud servers can be managed by a single administrator within a few minutes. You won’t have to bother about the installation of a server if it is a public cloud server. And you won’t even have to worry about the maintenance and other related things about using a public server, unlike a physical server.

Despite all these advantages, there are some disadvantages that cloud servers come with too.

What are the Disadvantages of Cloud Servers?

If your organization wants to use cloud servers, you might as well want to consider its disadvantages.

The cloud servers are multi-tenant environments where you cannot control the performance of the servers directly especially when it comes to their locations. Therefore, the servers can negatively impact the storage and performance of virtual machines. However, a dedicated cloud service can help a company prevent this problem.