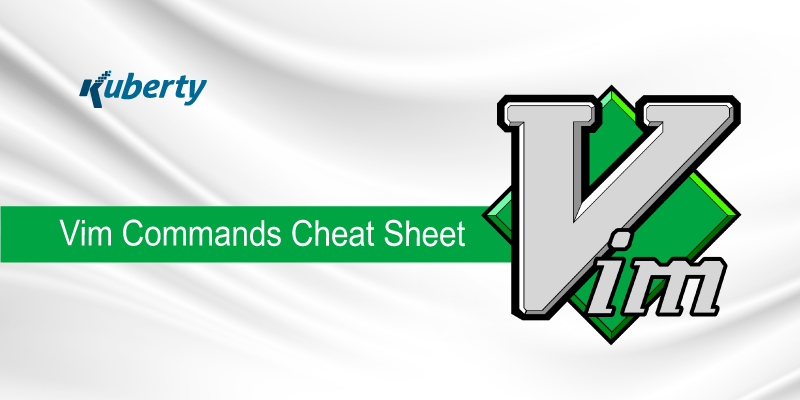 A Linux system user typically uses a text editor to program and script, edit configuration files and perform other tasks. A large number of Linux users use Vim, an open-source Linux text editor.

It takes time and practice to learn how to operate Vim commands. That is why having a handy reference document or command cheat sheet ready while mastering them is extremely beneficial. In this blog, you will find several commonly used Vim commands that every individual should be aware of.

Vim is a Linux text editor that comes preinstalled on Linux, BSD, and macOS. It is popular for being quick and powerful, thanks to the fact that it’s a simple application that can run in a terminal. It’s widely used because it can be operated totally without the use of buttons or a mouse.

Vim is a derivative of the Vi editor. It’s a controlled, centered editor, just like Vi. Vim is available and used worldwide, which is one of the benefits of learning it. Vim is installed by default on all UNIX variants, including Linux, Mac, HP-UX, AIX, and many others. There was no graphical user interface with Vim, but it is now provided as part of a separate installer called gVim.

2. Moving Inside a File

Inside a file, users could move the cursor by single letters, words, tokens, or lines. A word can be any combination of letters, digits, and underscores. A token, on the other side, is something that is separated by whitespace, including punctuation. You can also use screen view to go to different areas of text.

Moving by Characters, Words, and Tokens

The following are the basic commands for moving the pointer by a single character:

These letters can also be prefixed with a number to move in a specific direction several times. When you type 5j, for example, the pointer moves left by 5 lines.

The commands below are used to rapidly move through the text without needing to scroll.

Most of these commands are capable of switching between command and insert modes. Vim starts in the command prompt by default, enabling users to move and edit files. Use the Esc key to enter command mode.

Vim has a visual mode in addition to command and insert modes. This mode is mostly used to highlight text. You can pick between three different graphic modes depending on the amount of text you want to select: character mode, line mode, and block mode.

Once you’ve picked the appropriate text in visual mode, you can edit it with one of the visual commands. Some of them are mentioned below:

Since most Linux distributions include Vim by default, knowing basic Vim commands is useful. You should have no problem mastering Vim once you get used to using its commands. Meanwhile, you can use the Vim cheat sheet to have all the important commands at your fingertips.