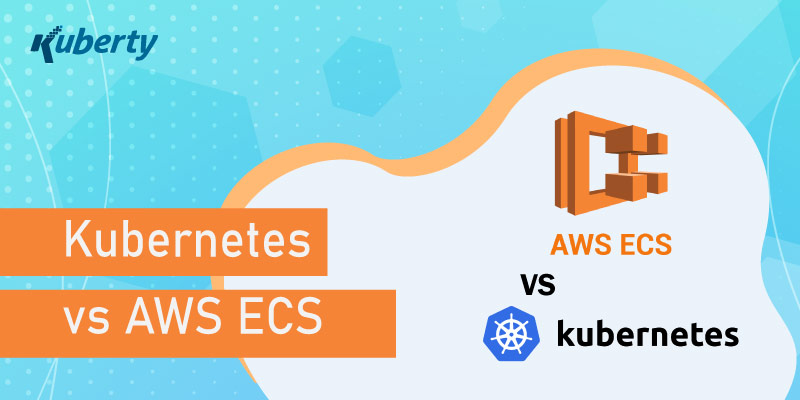 Container technology has been around since the late 1970s, but Docker was the first to make a name for itself in 2013. Since then, the use of containers has become quite common and altered the DevOps environment as well as the way we create, ship, and operate distributed applications. It’s no coincidence that Docker and container use is increasing at the same time.

Container orchestration applications are useful and effective tools for designing, handling, and upgrading various containers across multiple hosts in a coordinated manner. Furthermore, orchestration enables you to exchange data between resources and perform activities in a synchronous manner. To make an application highly accessible in your production environment, you can run several instances of each service across several servers. The better we simplify orchestration, the more we can dig into the application and break it down into smaller microservices, which also raises the question – which tool or framework to use for container orchestration?

In this article, we will compare the two most popular tools used widely for container orchestration or management. These are AWS Elastic Container Service and Kubernetes.

Who will win between AWS Elastic Container Services and Kubernetes? These two cluster management systems assist microservice applications in handling, installing, autoscaling, and networking their containers.

Kubernetes is a widely-used container management service. This tool, which was developed by Google and is stored in the Cloud, also runs on Docker. It’s worth noting that Kubernetes has a quite vast and active community.

Amazon ECS, on the other hand, is a container orchestration platform that allows apps to scale up easily. As demand grows, it tends to build more containers to operate the application processes smoothly.

Both tools have their own set of advantages and disadvantages when it comes to implementing them, which is why it’s important to compare them before you choose one that can meet your organization’s needs. Even with Kubernetes running on Cloud such as Amazon Kubernetes service, etc., managing it in its entirety would take about 20% more time. In the case of Amazon ECS, which is a free service with the exception of the expenses associated with the instance allocated to the service.

Since container orchestration is highly reliant on your infrastructure, it’s critical to consider how these technologies work for your existing cloud provider or on-premise solution. Do you need something more diverse or are you able to invest into one cloud provider’s entire toolchain?

Due to its configurability, stability, and strong community, Kubernetes is emerging as the new leader in the container orchestration domain, surpassing Docker Swarm. Kubernetes, a Google open-source initiative, integrates seamlessly with the entire Google Cloud Platform. It also operates with virtually every infrastructure.

Amazon’s proprietary tool, Elastic Container Service (ECS), is planned to operate in combination with other AWS systems. As a result, AWS-centric technologies such as storage, load balancing, and monitoring can be conveniently integrated into the service. ECS is definitely not a good option if you’re using a cloud service other than Amazon, even if you’re running the workload on-premise.

However, from a bird’s eye perspective, both of them are container orchestration technologies that enable you to develop and build containerized software inside a manageable fleet of servers in a fast, efficient, and highly scalable manner. The question still remains the same, which one to choose and why? In this article, we will discuss a few features and shortcomings of both these tools which will probably help you to decide which one to go for.

“Kubernetes is a free-to-use open-source framework for automating the implementation, scaling, and maintenance of containerized applications,” according to the Kubernetes website. Google developed Kubernetes based on their experience of operating containers in production using Borg, their internal cluster management solution. A Kubernetes cluster is built using a variety of different modules. The workloads are placed by the master nodes either in user pods of the worker nodes or on the master nodes themselves. Some other components associated with the Kubernetes architecture are –

Let’s discuss some other common terminologies that are frequently used in Kubernetes.

Containers are deployed and scheduled by Kubernetes in pods. Containers in a pod share resources like namespaces in the kernel, file systems of the nodes, and the IP address since they operate on the same node. The deployments are components that can be used to generate and control a cluster of pods. They may be used in conjunction with a service tier to allow horizontal scaling or to deliver the services on-demand. Endpoints that can be labeled by their names, attached to the pods through the label selectors are referred to as services. The service would round-robin requests between pods automatically. For the cluster, Kubernetes can establish a DNS server that can monitor for different resources and enables them to be labeled by their names. Container workloads have an “external face” in the form of services. Objects are given labels, which are key-value pairs. They can be used to scan and modify a group of objects at once.

The implementation of Kubernetes is the most complicated of the two, but it can be made easier with the right software. Kubeadm is a good option for interacting with current orchestration schemes or bare-metal environments. Helm is a well-known platform for deploying and handling Kubernetes software. One of Kube’s greatest strengths is that you have full control over its setup, and more traditional platforms have lots of documentation to help you set it up the way you like. Furthermore, if you run into any difficulties, Kubernetes has a wide group of users and support to turn to for assistance on Git, StackOverflow, and Slack.

Let’s discuss a few benefits that Kubernetes brings along with it.

ECS is Amazon Web Services’ Docker-compatible solution for container orchestration. It enables you to run docker containers on Amazon EC2 instances and scale them. Although Docker has won over users for its ease of use, Amazon ECS is a more difficult tool because it requires you to learn a different framework. Let’s discuss some of the most popular services that are most commonly used along with ECS.

There are a ton of components that allows administrators to work with ECS and build clusters, manage them, and work with tasks and services. Let’s discuss a few of them.

It’s worth noting that ECS only handles ECS container workloads, which results in vendor lock-in. Containers cannot run on networks other than Elastic Cloud Containers, such as hardware infrastructure or different cloud providers like GCP, Digital Ocean, etc. The ability to collaborate with all other AWS services, such as Load Balancers, EBS, CloudTrail, and CloudWatch is, of course, a plus.

Let’s discuss a few benefits that Amazon ECS brings along with it.

It’s possible to use Kubernetes on the cloud or hardware infrastructures. On-premises SANs and public clouds are only a handful of the hosting solutions available. It’s focused on Google’s deep familiarity with Linux containers. It may be used on a larger scale within organizations. Kubernetes is now supported by Google (GKE) and RedHat (RHAT) business offerings (OpenShift). Among container orchestration software, it has the largest group; over 1200 supporters with over 50,000 commits.

Vendor lock-in is an issue with AWS ECS. Only Amazon can deploy containers, and ECS can only handle containers it has created. Amazon is the only supplier of external storage, like Amazon EBS. Outside of Amazon, ECS is not commercially available for deployment. Many of the ECS code isn’t open to the public. Blox, a platform that lets users create custom schedulers, is one of the open-source components of ECS. It only has around 200 commits and 15 developers, most of whom are Amazon workers.

Knowing the Kubernetes landscape is important for getting started when an end-to-end approach involves the use of a range of technologies and resources. However, the status of each supplementary technology differs greatly. Some alternatives, for example, date back to the days when Unix was king, while others are less than a year old and have poor commercial penetration and funding. You must consider how each part blends into a broader solution in addition to determining which ones you can comfortably use in the implementation. While there is a wealth of knowledge and documents available on this subject, it is dispersed and difficult to distill.

As a consequence, determining the right option for a specific work is challenging. Even once you’ve decided on the technologies, you’ll need a strategy for delivering them as a service and managing them continually.

The challenges don’t stop there. Although finding advice on how to handle a project’s life cycle is helpful but difficult, it doesn’t overcome the uncertainty that occurs when deciding between a Kubernetes product and a Kubernetes community project. The benefit of an open-source tool like Kubernetes is that developers can build and distribute new software easily. The same profit, on the other hand, might muddy the waters. Although special interest groups may build features that are embedded into the core of Kubernetes, independent projects remain beyond the core.

Much of this perplexity is exacerbated by the difficulty of delivering remedies. Kubernetes is a sophisticated tool in and of itself. Organizations, on the other hand, want to provide more complex solutions, such as decentralized data stores-as-a-service. Combining and handling both of these services will add to the difficulties. Not only you must be a specialist in Kubernetes, but also you should be knowledgeable in everything you’ll provide as part of an end-to-end operation.

Having Kubernetes up and running is one thing while maintaining it is another task. Since what you have with Kubernetes is Kubernetes, Kubernetes maintenance is mostly manual. Since the platform doesn’t have anything to run it, you’ll have to find out how to get resources to Kubernetes, which isn’t simple. When it comes to meeting business needs, Kubernetes must be security-hardened and integrated with the current infrastructure. To successfully run and scale Kubernetes, you’ll need the right skills, experience, procedures, and resources, in addition to managing updates, patches, and other infrastructure-specific management activities.

Although Amazon ECS is a decent choice, it comes up short in several areas. Kubernetes implementation is not only painless with the right toolchain, but it’s actually advantageous in the long term because it makes you fully cloud-native.

Both ECS and Kubernetes are container management systems that are fast and scalable. ECS is an Amazon AWS service that works well with other AWS services including Route 53, EBS, IAM, and ELB. In certain ways, such integration allows you to install and run the codes more easily and quickly. It does have one disadvantage though: if you start using ECS, you must use Amazon services for everything.

Kubernetes, on the other hand, is much more than a container management system. It offers you a professionally organized environment for deploying, operating, handling, and orchestrating containers. Kubernetes has the benefit of being able to run on a combination of public and private clouds as well as on-premises. Since Kubernetes can be deployed on EC2 instances and utilize S3 and Elastic Block Storages for volumes, AWS users can start using Kubernetes on AWS, with the option of switching Kubernetes-managed applications to some other cloud service or an on-premises architecture.

At last, we hope that this article will help you to pick the right container orchestration platform for you.