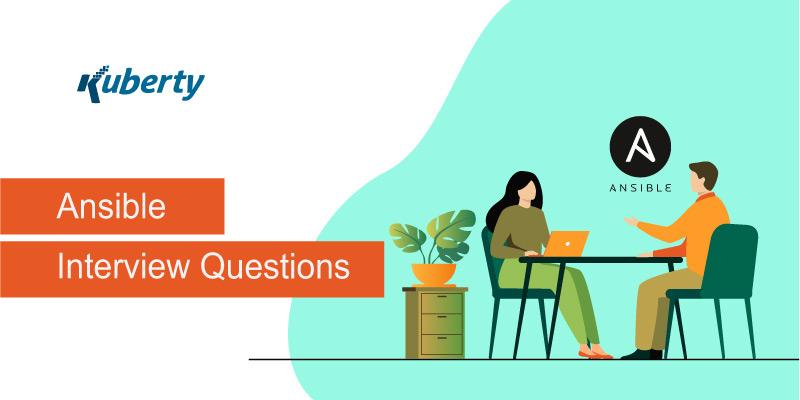 Ansible is a term familiar to Python experts. The scalable software tool is extremely efficient in deploying applications as well as performing configuration management simultaneously. As an exceptional IT automation tool, Ansible is a preferable option for every IT professional in terms of cloud provisioning and cross-platform computing support. Moreover, being an open-source platform, Ansible doesn’t demand agent software to get deployed. Therefore, the task of Ansible deployment is quite easy and convenient. Usually, Ansible demands accurate commands to complete every operation.

Anyway, you may find it difficult to handle Ansible interview questions as an IT professional. Considering the utility of Ansible as an IT automation software, this user base of Ansible is widespread across the world. Therefore, you need to be savvy about Ansible and the questions related to it so that you increase your employability in the IT sector. If you’re joining an IT company as a python expert, you’re bound to possess innate expertise in using Ansible to escalate your credibility.

In this article, we will discuss the most significant Ansible interview questions. However, you are supposed to know about the functions of Ansible. On top of that, you need to get adequate information about how Ansible functions. As you become familiar with the functional procedure of the platform, you won’t find Ansible interview questions difficult anymore. So, let’s jump to the next segment of the article.

Usually, the Ansible software accomplishes tasks by connecting all the nodes in a specific server or network. In simple words, Ansible functions as a connector between the control nodes and managed nodes in a network server. As the software becomes able to connect all the nodes present in a server or network, it sends modules named Ansible modules to complete prompted tasks. Once the dedicated task gets completed, Ansible removes the Ansible modules from the connected nodes.

However, you’re supposed to ensure that the control nodes of a specific network have login access to the managed nodes in the network. That’s what is necessary to make the most out of the Ansible network. SSH keys are friendly options to make that possible without issues.

Ansible Interview Questions You Must Know

This segment will discuss the top Ansible interview questions that IT professionals need to face during their interviews in IT companies.

What do you understand about CI/CD?

CI (Continuous Integration) helps you keep a track of the progression of the deployment or development process you’re trying to accomplish. With the help of CI, it’s possible to pace up the development or deployment of an application through Ansible.

In the CD (Continuous Delivery) process, the codes created by you get placed into a certain repository and you can generate productive outcomes with the codes.

What is Ansible Galaxy?

What is a YAML file?

YAML files are special files that come with specific sets of rules and restrictions. Generally, YAML files get utilized for playbooks due to the better readability of these text formats. Ansible finds it difficult to decode conventional text formats and that’s why YAML files come to use.

What do you Understand about Ansible tasks?

Ansible tasks are the unit functions performed by the Ansible software. Ideally, Ansible tasks simply configuration policies by breaking them down into smaller code blocks. After that, those blocks make it possible to automate certain tasks.

What are Callback plugins in Ansible?

Almost every IT guy is familiar with the functions of cmd programs. Whatever output you can view on your computer screen through the cmd terminal is controlled by callback plugins.

What do you mean by Ansible vault?

You can utilize Ansible roles to make content reusable or redistributable effortlessly. Ansible roles function as abstractions that organize playbooks in the Ansible software.

What are Handlers in the Ansible software?

Usually, handlers in Ansible seem to be identical to regular tasks. But the difference between handlers and regular tasks is that handlers run only if the task contains a notify directive.

In which languages is Ansible written?

What are the Server Requirements to Get Ansible running?

If you want to run the Ansible software on a device, you need to have a version of Linux installed in that system. Alongside, the system must be equipped with Python 2.6 and higher versions.

These are the top trivial questions associated with Ansible that most IT employees have to face during job interviews.

Ansible is a reliable platform and that’s what makes IT firms go for this open-source automation platform. If you aren’t savvy about the functions and operational features of Ansible, you may not get the opportunity at top IT companies. If you’re preparing for the interview round in an IT company, keeping the above-mentioned questions in mind is necessary. You need to memorize the functional processes and features of the platform to make your interview successful. There are thousands of other questions related to Ansible. So, apart from the questions mentioned above, you need to go through more trivial questions related to Ansible.