What is Linux Used For? How Does Linux Work?

Home / Linux / What is Linux Used For? How Does Linux Work? 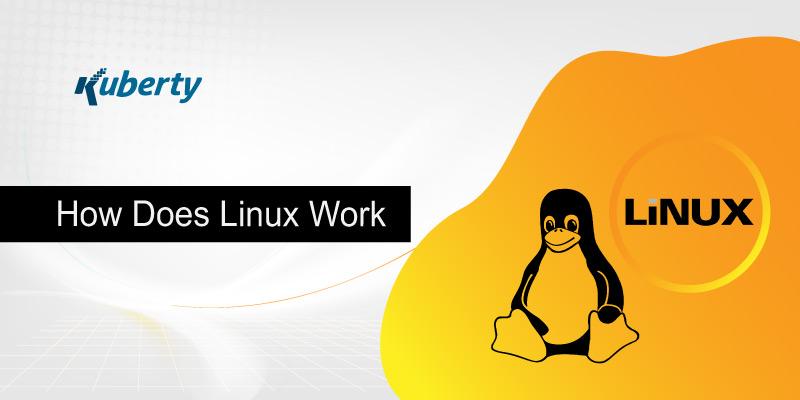 What is Linux Used For? How Does Linux Work?

Linux is an open-source operating system that can manage the software and hardware resources of a computer on its own. The computer’s hardware includes CPU, storage, and memory, but Linux bridges the gap between these hardware components and the software. When it comes to physical systems, however, all operating systems work the same way. So what makes Linux different from the others? How does it work?

How is Linux Different from Others?

Because Linux comes with a GUI or graphical user interface, it is similar to other operating systems such as Windows, Mac, iOS, etc. You can use the same software on Linux as on all those other operating systems. This includes video editors, photo editors, text readers, etc. But Linux differs from other OSs in many ways as well, and the first difference is its open-source nature. The code used in Linux is free and open in nature, meaning that other Linux users with coding knowledge can view or edit the source code.

Thus, Linux is fully customizable to suit the needs of different users. Windows and Mac OS distributions cannot be made, but Linux has many distributions like Ubuntu. Linux users can customize the code and create their preferred distro to make it a different type of desktop interface. The open-source nature of Linux is pretty much the reason people use it.

Linux is not only related to computers but web pages as well because many companies use Linux servers to create web pages. Organizations choose Linux servers because Linux is secure and flexible, and it also has a large community that provides excellent support to the users. Businesses like Red Hat, SUSE, Canonical, etc., use Linux for different purposes.

What are the Use Cases of the Linux Operating System?

You can install devices on various devices, including the following ones.

There are so many smart devices, and everyone has used at least one in their lifetime. Smart devices include smartphones, tablets, etc. that are essentials to keep a smooth communication between our friends and family. Linux distros are flexible and secure and help your devices to install various software packages so that you can use the benefits of technology right at your fingertips.

Gaming is a non-stop, unlimited industry. Numerous video games are available in the market already, and there are more on the way. Therefore, along with the market, the demand for gamers has also changed. Gamers require improved and more advanced devices to continue their gaming entertainment. Linux is one of the highest-ranked operating systems that provide great gaming performance on gaming devices.

Linux is also commonly used on mainframes and web servers. Servers are quite complicated, especially for people with no knowledge regarding web servers and Linux distributions. However, Linux makes building web servers less complicated and time-consuming. A maximum level of security ensures that malicious people or bots won’t get into the server and destroy the privacy and confidentiality of an organization’s data.

It is very easy to customize Linux, and most of the hardware components required by a network are installed with Linux, which improves telecommunication between the client and traffic. Firewalls protect your network’s information from third parties or unauthorized users, for example. Nevertheless, communication between two devices or between a user and a device will still be safe on the network.

Devices that are equipped with Linux operating systems often come with digital security measures such as forensics, screening identification, guarantee security, ethical hacking, and more privacy features. All of these combined make Linux computers a better place and safe system for users. If someone tries to get into your Linux server, you will receive real-time notification of the threat so that you get the chance to eliminate it by yourself.

The use scenarios or Linux distributions are not new. In fact, it is one of the first open-source operating systems that came into the world for use on devices. And over the decades, it has developed into the most efficient OS.

What is the History of Linux?

In 1991, a student of the University of Helsinki named Linus Torvalds created Linux and made it a free, open-sourced, and a safe alternative to Minix. Minix is an Unix clone but Linux is somewhat different from it. First, Linux was called Freax but he changed the name to “Linux” with a mixture of his first name and the word “Unix” to make it more remarkable.

What is the Difference Between Linux and Unix?

Ken Thompson, Dennis Ritchie, and others at Bell Labs developed Unix years before Linux. In addition to their names, Unix and Linux have some similarities as well. Linux and Unix use the same programming tools, file system layouts, and other features, but not all Unix distributions are free or open-source. There are many operating systems like Unix, however, Linux has had the most success.

Initially, it was a Unix-like operating system, but after years, it was adapted to further smart devices like mobile phones and high-tech computers. There is a Linux kernel in every Linux OS, and it helps in managing hardware resources with a set of software packages that make the total OS. GNU tools are also available for managing the kernel’s resources, configuring the performance and settings of the computer, and installing additional software packages if required. The services provided by Linux OS make it an open-source, secure OS. Since Linux is an open-sourced system, their software combinations can be different from one distro to another.

There is a command line interface on Linux like other operating systems and it allows you to make changes to the computer freely. For example, you can use one command from the command line tools, and your computer or Linux OS will perform the work for you. The command line can perform actions that your graphical user interfaces (GUIs) cannot and it is the easiest way to tell the hardware what to do on your computer. Despite being available in other OSes, command line works with open-sourced software to make it easier for a user to customize a computer.

With Linux, you can perform all the tasks we’ve discussed here since the distribution comes with many parts that work. Kernel, for example, is the component of the Linux operating system that manages the resources and allows your OS to communicate with the hardware. Additionally, the system user space is crucial for installing software, configuring settings, using command line or PowerShell, and more. Furthermore, Linux applications enable you to maximize your computer’s potential. You can use the pre-downloaded apps on Linux or download more for use.

That’s pretty much how you use Linux and how it works. If you need more information, simply ask us in the comment box below or find out our other articles.

How Does Linux WorkLinuxWhat is Linux Used For