What is Container Networking? How Does it Work?

Home / Container / What is Container Networking? How Does it Work? 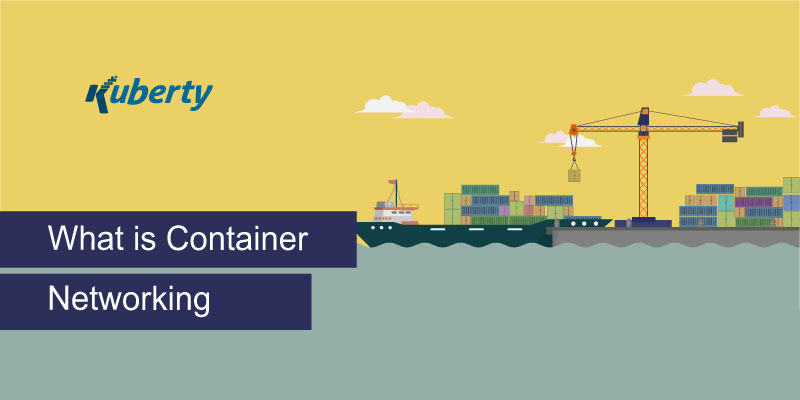 What is Container Networking? How Does it Work?

The containers are typically isolated from their host machines and have their own Linux-based environments where they have users, network stacks, files, tasks, etc. Only applications contained in containers have access to the file system of the container, and can modify its resources. Containers are simpler than virtual machines but they are capable of running large and distributed applications on Linux systems that makes them a better choice than VMs. Containers have a networking system that is controlled by network administrators. The admins use container software systems like Docker to distribute applications throughout public cloud networks. Now, in this article, we are going to look more deeply into how container networking works and its potential benefits.

It is possible to run multiple containers simultaneously, but each container should have its own dependencies and installation procedures. Installing each container separately will allow applications to upgrade their dependencies whenever needed or whenever a new version is released. Getting frequent updates helps containers prevent conflicts between other application dependencies that are running on the same server. Another difference between containers and virtual machines is that containers share the same host resources with each other. Containers rarely use all the hardware resources of the computer, which makes them lightweight and fast. Web-scale applications are faster than virtual machines, and containers are fast replacements for VMs. Containers can also be used to deploy microservices.

Containers have their own portability and characteristics. For instance, you can package containers and their dependencies with the Docker tool. And once you pack the dependencies of the containers through the docker engine and make it a single container, you can make it accessible and easy to download on a computer. A user can simply run the container once it has been downloaded to their computer.

However, to do container networking, you need to design a specific system that will get the job done. Let’s get into that part now.

How to Process Container Networking?

Developers produce containers from Docker images that are available in GitHub or Docker Hub or from any other private registries. This image helps developers to create a container that would run a particular amount of workload efficiently and also perform well. When you have an appropriate docker image for a container, you only need a small help from software to create a container. Developers use Docker daemon to perform roles of the containers. Docker daemon is a server and a process that can run for a long time. Docker daemon accepts connection requests from the Docker engine and also works on your operating system.

Docker daemon assigns the docker container with a new IP address which is unique and helps that container to interact with other containers in the server. Here, the daemon creates a bridge between the container and other containers to help them communicate with each other and the connection is named docker0. The containers inside the machine interact with each other by addressing packets to the bridge or docker0. And afterwards, the bridge forwards these packets via the subnet. Containers also communicate with other hosts, and for that, developers use IPv6 network addresses that are routable.

To create a routable IPv6 address, you will need a three layer router that will send all the traffic of the container to another gateway by replacing the layer two switches. The router also interacts among the containers and allows the related host containers to interact with other containers. You can use a router rather than a layer two or layer three switch, and to do that, you can configure and update the routing table of the router.
You only update the routing table when you are adding new hosts or removing old hosts from the server. However, if you choose the switch-built communication system, you still need to update the router table; otherwise, it will slow down the communication between containers and hosts.

If you are developing new applications using docker containers, you need to know how many types of applications you can create.

How can you Create Applications using Docker Containers?

You can use a containerized software system to build modern kinds of applications. The containerized software system is made from microservices that communicate with each other through APIs. An application adapts the transferable memory storage of a group of processors or one processor, and once done, the host makes it easier for the application to communicate with the processor. This process is simple but a slow method for connecting applications with each other.
But the container system is faster, and it also does not require much space on your computer and storage driver. Containers have their microservices, and they stay inside the container system and make it their individual web server. These containers can figure out other workloads and identify the workloads via API calls. These APIs are connected to a DNS server which we have mentioned how the Docker daemon can assign. Developers use container orchestration tools like Kubernetes to manage the operations of the containers. Managing the operations also include managing the subnets of the containers. Kubernetes network container operations effectively and in a straightforward way.

The docker or rocket container network is an SDN which means separating the docker network. You need to separate the docker subnet from the network hardware because it will help you to migrate the container network from one platform to another platform, such as from private clouds to public clouds. And it won’t require any essential change.

Container networks are able to stretch to more than two platforms. An example of this is, when you are running the essential services on-premises, you can represent the containers on a public cloud like Amazon Web Services. By doing this, you can improve the performance of your applications and also increase the consistency of bandwidth. The benefits are always available even if there is a top network order point.

There are a number of reasons why container networking has become popular day by day.

What are the Benefits of Container Networking?

Containers come with some benefits that help them replace virtual machines for microservice.

Container networking can run apps along with workloads: Your machine can run containerized applications along with virtual machines in the same environment. However, it also comes with flexibility and speed.

Gather security, portability, visibility, and management together: The containers come with a natural design that provides a more secure environment through sandboxing. At the same time, it provides the applications with transparency for resources with the host, easy management of the tasks, and portability for the environment.

Easy scaling: You can use your present SDDC to maintain the IT architecture of your organization. It will help you save some money as well as time that you would otherwise be investing in creating re-architecture for your infrastructure. This process is known as silos that refers to creating multiple architectures for the same organization. However, the architecture might have technical differences between them, which can cause problems during upgrades and changing IT policies. But if you conduct container networking, you wouldn’t have to invest that much time or money into silos.

What are the Types of Container Networking?

The containers can communicate with each other on the same host, but they cannot access other containers outside the host. By default, Docker containers use the bridge network or docker0.

With the host configuration, a container can share the namespace of the host network and grant the network access to other host network interfaces. Since you are sharing networking interfaces with other containers, this method is a little complex.

With underlays, the host interfaces will be accessible to containers directly that are running on the same host. Also, this method does not require port mapping, and that’s why it is more effective than docker0 or bridges.

In the overlay, there are networking tunnels that allow one container to communicate with another host. It allows the containers to act like they are hosted on the same machine even when they are on another host.

In enterprise departments, developers deploy containers for their microservice architectures. IContainers make it easier for large applications to complete tasks. In addition to each task having its own container, public containers such as APIs and GUIs can also be kept in a private network.
Container networking is used for the ease of deployment of containerized applications as well as to host configurations that can prepare containers for deployment. And containers are also quite easy to set up, and copying the containers over nodes does not require much effort. If not, it only increases the availability and creates databases for the servers.

There are a number of advantages to using container networking for web application development. You can also check out our related articles for additional information.