What is a Public Cloud?

Home / Cloud / What is a Public Cloud? 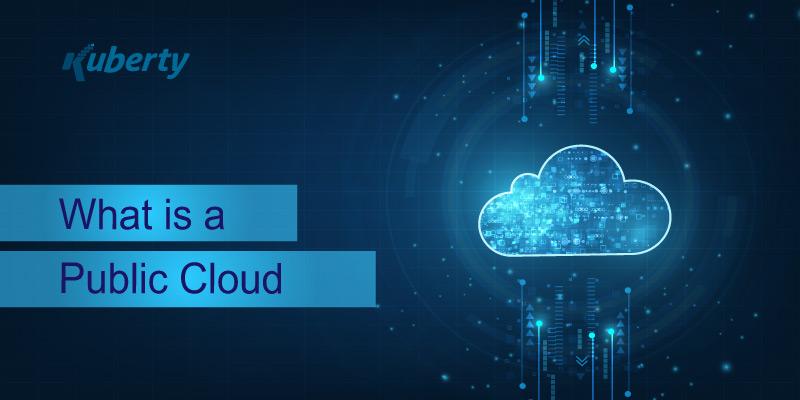 What is a Public Cloud?

The history of public clouds is not new but can be traced back a few decades. Clouds have been in the market since as early as the 1960s. However, public clouds gathered movement in the 1990s.

In the year 1999, one of the popular companies called Salesforce entered the market as a provider for SaaS. Users can get resources such as applications, storage, etc., remotely using the standard cloud computing model.

Public cloud can be free or made available through subscription services. They are also available based on pay-per-usage terms. Public clouds are parallel to orthodox onshore IT architectures. In a standard public cloud delivery model, IT resources are made available to users by a third-party host.

The public cloud enables organizations to reduce the onshore iT resources. Public clouds are incredibly scalable and can meet a lot of user demands. Since they provide a plethora of IT resources, they are efficient. They are also more affordable for the tenant. This is because the users can avail the pay-per-usage model and only incur costs for the services they use.

A public cloud has a lot of features integrated with it. However, if you would dig deep, generally, a public cloud is about the pooling of resources. It provides scale and is incredibly flexible. Its pay-per-usage model also provides flexibility to users. The public cloud provider gives the infrastructure needed to the provider who’s the host. It also has various tools available for the users, such as monitoring or security. Some of the popular providers are Microsoft Azure or Google Cloud. There are also a lot of small providers available in the market.

There are generally three popular service models for public clouds:

IaaS: The full form stands as Infrastructure as a Service. In this model, the third party hosts the components of infrastructure as well as the virtualized layer. The infrastructural features include storage, servers, etc. Examples include AWS, Microsoft Azure, DigitalOcean, etc.

PaaS: The complete form stands as Platform as a Service. In this model, the provider gives the software and hardware. The tools provided are for the development of applications like operating systems.

SaaS: Software as a Service, this model hosts the applications and makes them available for users using the Internet. Examples include Salesforce, Netsuite, Dropbox, etc.

These three are the most popular models. However, a fourth model called FaaS is also gaining popularity these days. This model regulates how much control the user has over the cloud. It functions as a service model and abstracts the infrastructure to a further extent. The model is run by serverless computing and hence is beneficial to customers who use microservices.

Advantages of Public Cloud and Challenges

Drawbacks for the public cloud include the costs. Even though the prices for public clouds are a lot cheaper than onshore IT options, it is tough to take tabs on spending for public clouds. Hence, companies are prone to miscalculate the overall spending on the public cloud. Secondly, we do not have a lot of cloud experts. The average IT workers are not skilled to adapt to the evolving cloud industries. It makes the overall model based on less-skilled workers.

Thirdly, many customers have complained of latency issues. Latency issues can arise because the data needs to be segregated by the user.

Difference Between Public and Private Cloud

The primary difference between both the clouds is that the private cloud is dedicated to one organization or company. The stored data is accessible to that company alone. The private cloud also offers services like storage and networking but can only be availed by that company and hence is not scalable. Whereas a public cloud service provider offers its resources like virtual machines, storage, applications, etc. to the general public over the Internet.

The security and flexibility also have stark differences between the two models. Since the private cloud is more focal, they are believed to be less volatile and more stable. If the organization needs more security around their data, they can go for the private clouds with more rigid complacency. But, in modern times, private clouds are evolving, and some private clouds can compete with public clouds in terms of features and usage. Examples like AWS, Azure Stack, offer similar versions of the public cloud.

It is predicted that we will encounter the interaction of AI with public clouds in the coming times. We will move towards more automated versions of public clouds. Clouds started in the 1990s, and in the late 1990s, the market saw the first wave of public clouds. Public clouds involve a third party that acts as a host and provides various IT resources to the customers.

With time public clouds are interested in multiple models termed IaaS, SaaS, PaaS, and FaaS. Public clouds are vastly scalable and meet the growing demands of the customers. The data of different users are kept separated, and they have multi-user architecture.

Public clouds are different from private clouds. Private cloud is accessible by one company only. The growing archetypes of private clouds are having many features similar to public clouds. It is predicted that the future of general clouding is even more interconnected. Emerging trends such as quantum computing will greatly instigate changes in public clouds. The clouding expertise will grow in great demand, and the tools will be more focal and automated. The era of AI is on the horizon, if not already here, and its integration with public clouds will be the reality of the coming years.