Understanding Cloud Networking and its Advantages 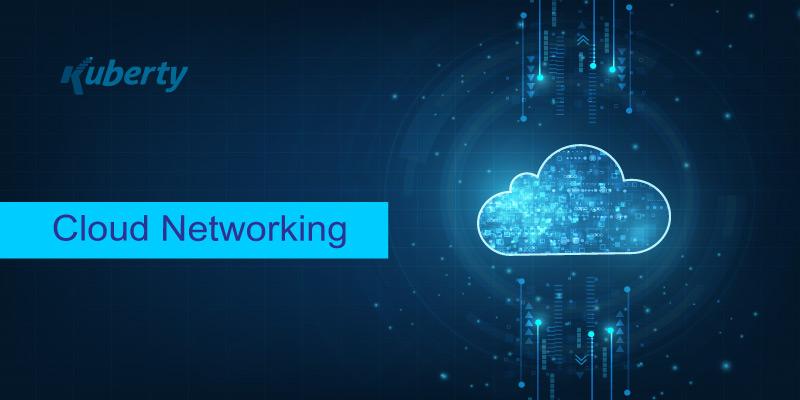 Understanding Cloud Networking and its Advantages

Cloud networking allows you access to networking resources via an inter-connected server that is operated by a centralized third-party provider. Cloud networking allows you to connect to a Wide Area Network (WAN) or any other online-related technology so that you can deliver content between devices more efficiently. You can deliver or distribute content with speed and security and with utmost reliability. And at the same time, you don’t have to worry about the cost of creating or building, and managing your network. Various companies such as e-commerce businesses, web content providers, network operators, etc. use cloud networking to boost the credibility of their business. If you are thinking about doing the same, you need to read this post thoroughly.

What is Cloud Networking?

The network tends to be on-premises in cloud-enabled networking and all the resources or at least some of it that we use to manage networking will be in the cloud. The network infrastructure involves routing, packet forwarding, network management, in-house data center, maintaining the services, and security measures are taken through the cloud. To protect an on-premises cloud network, many organizations use the SaaS-based firewall,

There is a simple way both types of cloud networking work in an organization.

With cloud networking, you can create networks with cloud-based services and if the cloud network is reliable, then you can manage and control various physical locations through the Internet. Cloud networking is helpful in connectivity, control and management, and security. With a cloud infrastructure, the organization can distribute content faster and efficiently through various physical locations around the world. You can monitor your services and operate the devices in real-time but more efficiently. However, cloud networking can also keep you updated with network issues such as high volumes of traffic.

Businesses today use cloud networking to deliver applications faster and seamlessly to various other professionals. Apart from that, it also plays a vital role in how businesses address their organizational needs, expand their services in different regions, and reduce redundancy. There is also a multi data-center strategy used by businesses that helps them leverage different clouds from different Cloud Service Providers (CSPs).

But many users confuse cloud networking with cloud computing. It’s time to learn the differences.

Many benefits of cloud networking motivate enterprises to choose the best solutions.

Digital enterprises often use cloud networking to deliver content to their online customers. Here are the best advantages for choosing the solution:

A cloud security solution is a component of cloud networking that provides security against the latest online threats that can occur inside the network. Cloud networking prompts server load balancing to reduce the risk of server downtime.

With the help of the cloud network, enterprises can deliver content to their online customers with more speed than before. It helps because a cloud network uses a lot of servers from all over the world to distribute content. And it also means that the content has not much distance between one server to another and can drive through freely. It provides the final end-users with faster and better access to the content.

You don’t have to build or operate your network for your enterprise because cloud networking already takes care of that. You can also save money that you otherwise needed to fix the technical issues that always appear in the network.

Enterprises from all over the world need secure and trustworthy applications that allow you to access data freely. However, since technology has been improving every day, the distribution of applications and services has become a new exciting scenario for businesses. In this new era, you cannot use traditional content delivery controllers and load balancing techniques to access and distribute applications in hybrid or multi-cloud infrastructures. You can apply any type of cloud network with the help of SD-WAN technology to provide a stable user experience to your customers. And the experience will be delivered to all your users no matter if they are at your office or home.

Moreover, the content or applications that you move to cloud platforms are vulnerable to malicious online attacks. But when you are using cloud networking, it does not authenticate the user access traditionally. In cloud networks, a secure parameter surrounds the ADCs, gateways, web components, and web application firewalls. That digital parameter authenticates the access before granting it and they grant the access based on the physical location of the user and what device they are using. And then cloud networks separate different solutions to allow the enterprises to manage their network and resources freely.

If you need more information about private or public cloud and hybrid cloud networking, do check out our other articles. Also, feel free to drop us your question in the comment box below.