How to Update Docker Image and Docker Container to the Latest Version?

Home / Docker / How to Update Docker Image and Docker Container to the Latest Version? 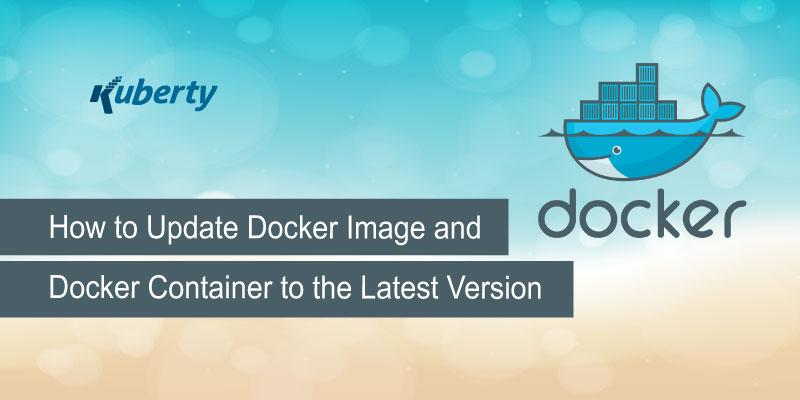 How to Update Docker Image and Docker Container to the Latest Version?

A Docker image consists of libraries, application code, and tools that are necessary to run an application. Docker images, like a template, serve as a set of instructions for constructing a Docker container. When using Docker, Docker images also serve as a starting point. Moreover, an image could be compared to a shot in a VM (Virtual Machine). Docker is a tool for building, running, and deploying containerized applications. An application’s Code, libraries, tools, dependencies, and other files are contained in a Docker image.

While running an image it could be turned or converted into individual or more containers. Docker images have multiple layers, each of which is derived from the one before it but differs. The layers reduce disc usage while increasing reusability and speeding up Docker builds. Image layers are read-only files as well. A writable layer is added to the unchangeable images after a container is created, allowing users to make changes.

Config files, Code, environment variables, collections, and runtimes are all included in a Docker image for running a containerized application. Once the image is deployed to a Docker environment, it starts to run as a Docker container. Further, a container is created by docker run while considering the precise image.

For easy backup, it is essential to create a backup copy of your database. Forward database compatibility is not available in YouTrack Stand-Alone. During the upgrade process, your database is migrated to a compatible format with the most recent version. Thus, it would be impossible to roll back to the earlier version of the database that was processed during the upgrade.

If you find any bug or issue with the latest upgrade and want to roll back to the older version, it is compulsory to make a safe copy of your backup database to some secure location.

To check if your YouTrack license supports the upgrade, go to the Administration menu and choose System Settings > Global Settings > License Details to see the license restrictions. You must renew your subscription if your free update period has expired.

Keep in mind the suggested upgrade path. You will find the currently installed version on the bottom of every page in the application.

Key steps to update your container with the latest Docker image:

The docker upgrades command updates and container configuration in real-time. This command can be used to stop containers from using too much of their Docker host’s resources. You can limit a single container or a group of containers with a single command. Provide a space-unglued list of container names or IDs to specify multiple containers.

Update the CPU Shares of a Container

Initially identify the name and ID of the container to limit a container’s CPU-shares to 512. These values can be found with docker ps. The ID returned by the docker run command can also be used.

Such as, you run the command to start a container. Whereas, when the container is running, you can update kernel memory.

This limitation does not exist in kernel versions newer than (include) 4.6; you can use –kernel-memory in the same way as other options.

To change the restart policy for a single or more containers, do the next.

It is worth noting that if the container were started with the “—rm” flag, you wouldn’t be able to change the restart policy for it. For the container, AutoRemove and RestartPolicy are mutually exclusive.

You can also use a docker image to update any installation type. To do so, download a backup copy of your YouTrack database and use it as the upgrade source in the configuration wizard during the installation of the latest version.

While your present YouTrack installation happens to be up and running, make a backup of the database.

Stop the YouTrack service that is already running.

Get the Most recent YouTrack image from the Docker YouTrack Repository:

Use the below-given command to get an image of the latest YouTrack version from the Docker YouTrack Repository:

Replace <version> with the full version number and shape number. Check Docker Hub for a whole list of issue versions.

On the host machine, create and organize YouTrack-exact directories.

Copy the YouTrack database backup file to the back-ups directory you made in the preceding step.

Use the YouTrack server to play the container and map YouTrack data ports and volumes.

The web-based Configuration Wizard kicks off the YouTrack service. In the command output, you’ll see the URL where you can access the wizard.

To access the wizard, open the URL in a browser.

The upgrade can be found in the Configuration Wizard.

Make your backup file as the upgrade source on the Select Upgrade Source page by clicking the Select button.

Confirm your system settings and the location of system directories on the Confirm Settings page.

After examining your driver’s license, you can update it on this page if required.

The components of YouTrack Standalone are launched.

Once the setup is completed you can shut the browser window. After the YouTrack Standalone server is prepared, it will redirect you to the login page.

Once you enter the credentials of the YouTrack Standalone account, press the Login button to proceed further.

The Dashboard page appears when YouTrack is launched. YouTrack Standalone has been upgraded and is now ready to use.

Docker images are reusable assets that can be used on any server. One can reuse the static image layers that are used in other projects. Because the user does not have to reconstruct an image from the beginning, this saves them time. Disk space references in Docker images and containers can be perplexing. It’s critical to distinguish between physical and virtual dimensions.