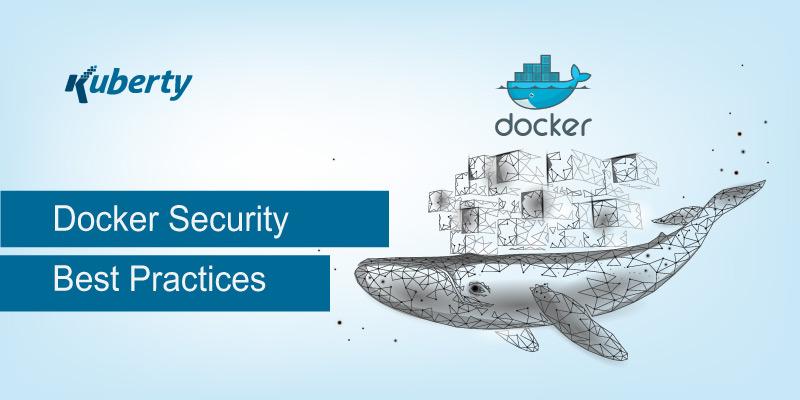 Docker containers have taken the software development world by storm. Containers are widely used and can be placed almost in any development environment. Docker containers are secure by default. However, you must be aware of potential weaknesses to develop a strategy that protects against security threats. Because Docker and containerization are becoming more popular, it’s more critical than ever to grasp the best container security practices.

Docker is a platform that lets you design and deploy containerized applications and services easily. It is a Platform as a Service (PaaS) that runs on top of the host OS kernel rather than hypervisors used in other virtual environments.

Docker containers contain all of the application’s dependencies and libraries. As a result, containers reduce the need to manually install dependencies. Because containers use the host kernel, they are more effective when compared to virtual computers.

Traditional virtual machines provide a less secure environment for your systems when compared to Docker containers. Docker allows you to break down apps into smaller components called containers. Containers are virtualized units that can be used to run programs.

Docker ensures to separate the containers from one another, which aids in the reduction of attacks. Hackers are prohibited from gaining access to computer systems, making security breaches and attacks more difficult. A typical container holds the following items:

Because containers are the bedrock of a cloud-native arrangement, protecting them from various attacks is a vital activity throughout the container’s lifetime. As a result, it’s critical to understand and apply best practices to safeguard not just Docker containers but also the underlying infrastructure.

1. Docker and Host should be updated regularly

Ensure your Docker and host are both up to date. To avoid security flaws, use the most recent OS version and containerization software. Each update contains vital security fixes that are required to keep the hosts and/or data safe and secure.

The platform isn’t the only thing that needs to be changed with Docker. Since the status of running containers is not automatically updated, the container and image should likewise be updated manually after each update.

2. Keep an eye on the container’s activity

Various instances of a container image can be active at the same time. Issues can quickly spread among containers and applications due to the speed with which new images and versions are pushed. As a result, it’s vital to spot issues early and solve them. This can be done by detecting a problematic image, changing it, and rebuilding all containers that use that image. There are a few tools and processes that will assist you in achieving monitoring of the following components:

Docker configures resource quotas on a per-container basis. They allow you to set a restriction on the number of resources (memory and CPU) that a container can use. Setting resource quotas on containers makes your Docker environment more efficient. It also avoids the overall containers’ resources from becoming unbalanced in the ecosystem.

This feature improves the security of the containers and ensures that they work as expected. If a container is contaminated with malicious code, the quota will prevent it from accessing many resources. This also helps to reduce the number of attacks.

4. Use fixed tags for immutability

Tags are often used for managing Docker image revisions. Because tags can be modified and different images can have the same latest tag, it causes confusion and uneven behavior in automatic deployments.

Following are the three basic ways for assuring that tags are immutable and unaffected by future image changes:

5. Non-root users should be used

Using Docker, you can execute a container in privileged mode. Although it may be a quicker approach to get around some security processes, you should never use this method.

Operating privileged containers has the risk of allowing malicious activities to take place. The permissions of a privileged Docker user are the same as those of the root. This implies that they’ll have access to the host’s kernel and other devices. A malicious user may exploit the container to gain access to your host system and put everything on it at risk.

It’s secure to stick to non-root users only, as Docker’s default settings suggest. To change the default setup, use the docker run command with the –privileged argument. This, however, poses a substantial safety risk and should not be used.

Containers should always run in an optimum infrastructure, according to operations teams. The operating system on the container host should, in theory, defend the host kernels against container escapes and prevent container mutual impact.

Containers are resource constraints with the isolation that runs on a common kernel. Protecting a container is similar to safeguarding all the other processes. If on Linux, the following security features can be used:

Linux namespace: Namespaces provide Linux programs the appearance of having their own set of global resources. Namespaces offer an overlay that makes it appear as if the application is running in its operating system container. They serve as the foundation for container isolation.

Cgroups: An individual can use cgroups to prohibit additional containers on the same host from using container resources while also preventing attackers from creating similar programs.

Capabilities: Linux helps to set privilege limits for any processes, even containers. For each process, Linux provides “capabilities”, which are special privileges that can be enabled. An individual can normally limit privileges for a variety of capabilities when operating a container without harming containerized applications.

Seccomp: The Linux kernel’s secure computing mode (seccomp) allows users to switch a program to secure mode that can only make a limited number of safe system operations. Setting this up also adds another layer of protection against attacks.

7. Keep a check on APIs and network activity

Hackers exploit flaws in APIs and network security for deploying images and execute malicious containers on the host machine. Docker security relies heavily on APIs and networks because the whole environment relies on them to communicate. As a result, the infrastructure must be designed securely to prevent intrusions.

Docker uses the UNIX domain socket /var/run/docker.sock to interact. The Docker API’s principal entry point is here. Therefore, anyone with access to the Docker daemon socket has full root privileges.

Enabling users to write to /var/run/docker.sock or exposing the socket to a container puts the entire system at risk. This effectively grants it root rights. When a Docker socket is mounted inside a container, it does not have access to the container’s privileged resources. The container has complete control over the host and all other containers. As a result, an individual should never expose the Docker Daemon set.

Obtaining container images from untrustworthy resources might expose containers to lots of security risks. Make sure that all the images you get from the Internet are from trustworthy sources. To avoid security flaws, follow these steps:

10. Make use of multi-stage builds

Multi-stage builds are commonly used to develop containerized apps uniformly. This provides benefits in terms of both operations and security. You establish an intermediate container in a multi-stage build that contains all of the tools you’ll need to create the final product. Only the created artifacts or products get transferred to the final image, leaving no development dependencies or temporary build files behind.

Without any build tools or intermediate files, a well-designed multi-stage build will have only minimal binary files and dependencies required for the final image. The attacking surface would be greatly reduced as a result of this. A multi-stage build also provides you more authority over the files and artifacts that get transferred into container images, making it more difficult for attackers or insiders to sneak in harmful or untested components.

11. Use Metadata Labels for images

Tagging items like images, deploys, Docker containers, volumes, and networks with labels is a frequent activity. Containers should be labeled with metadata such as licensing information, references, contributor names, and the relationship of containers to projects or components. They could also be utilized for classifying containers and their contents for compliance requirements, such as designating a container as holding protected data.

Labels are often used to organize and automate activities in containerized systems. Operations rely on labels, however, mistakes in label application might have serious repercussions. Automate labeling operations as much as possible to solve this risk, and carefully regulate which users and responsibilities are authorized to assign or edit labels.

Containers can be configured to limit their abilities. For example, users can execute containers as if they were root, but without having full root rights. The default security settings for Docker have limited capabilities, and they are the same for each container.

As a result, it is recommended that the capabilities be modified to just include what is required. The –cap-add and –cap-drop options are used by the admin to manage them. The safest method to configure container abilities is to remove all of them (using the –cap-drop=ALL option) before adding the ones that are needed.

Workloads, which have traditionally been a cherished asset for hackers, are at the heart of cloud-native architecture. The capacity to stop an attack in progress is critical, yet few organizations are capable of effectively stopping an attack or zero-day vulnerability as it occurs, or even before it occurs.

Runtime security for Docker containers is securing the workload so that dispersion becomes impossible when a container is operating and any malicious action is promptly halted. This should ideally be accomplished with little overhead and a quick response time. To stop assaults in the process and prevent zero-day exploits, implement drift prevention mechanisms. To add another layer of runtime protection, consider automated vulnerability patching and monitoring.

14. Set the Read-Only mode for the filesystem and volumes

Running a container with a read-only filesystem is an easy and efficient security approach. This can prevent harmful behavior such as virus deployment or configuration changes on the container.

The code mentioned below makes a Docker container read-only:

For communicating with the outside world via the host’s network interfaces, Docker containers need a network layer. If you don’t provide an alternative network, new containers will connect to the default bridge network on all Docker hosts.

Custom bridge networks should be used instead of the default bridge network to regulate which containers can connect and for enabling automatic DNS resolution of container name to IP address. You can make as many networks as you like and choose which ones every container should join.

Make sure that the containers can only communicate with each other in the case of an emergency. Also, ensure that the vulnerable containers aren’t connected to public networks. Docker has networking APIs that allow you to build your bridge or overlay network. You can construct a Docker network plugin if you need additional control.

Docker container security is critical, but it may also be difficult. Users can manage a big and secure platform for containerized apps using the ideas above. The procedures outlined above are critical since they will aid in the prevention of security breaches and assaults in containerized environments.