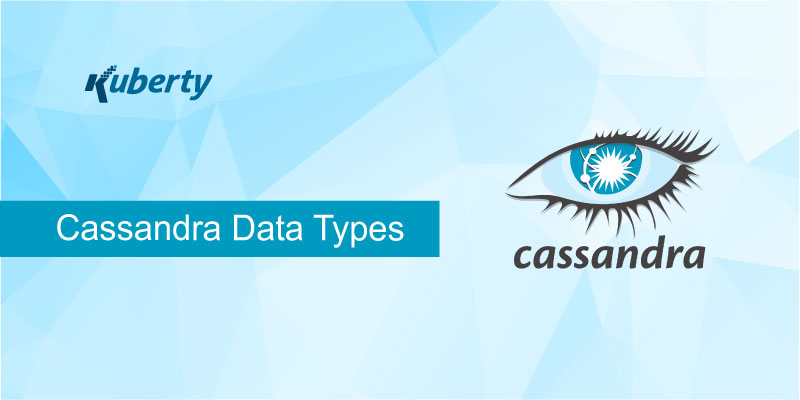 Cassandra Data Types include some very powerful and rich collection data types, built-in types, user-defined types, tuple types, etc. These kinds of data types are vital because they enable memory to be configured for storing data that matches the input type.

This prevents inaccuracies at both the compiler and programmer levels, while also improving the readability of input data. The dataset and values of a given column in a database are saved only if the data type for that column is defined. Let’s take a closer look at Cassandra’s important data types.

What is Apache Cassandra

Apache Cassandra is an open-source distributed database system that excels at handling large amounts of data deployed over numerous commodity servers. By establishing multi-node Cassandra clusters, it may rapidly grow to accommodate a rapid surge in demand and fulfill high availability needs without any failure. It is currently one of the most effective and widely-used NoSQL databases available.

A NoSQL database is a data processing system that is used solely to work with data that gets stored into the tabular format and thus doesn’t fulfill the criteria of relational databases. NoSQL databases have the ability to manage extraordinarily huge quantities of data with a simple API, could be quickly duplicated, and are essentially schema-free.

The kind of objects assigned in programs is generally denoted by data types. Cassandra’s query language supports several data types including built-in, collection, and user-defined data types, as well as tuples. According to the program’s requirements, the user can choose any of these options.

In Cassandra, this data type is largely pre-defined. Any of the variables can be referred to by the user. Cassandra data types have a lot of built-in data kinds. Here are a few examples:

Booleans make use of this Cassandra data type. True or false are the two values they represent. This is used for applications or variables with only two values.

Strings, such as words and phrases, are stored in this Cassandra data type. The ASCII code is essentially a character identifier. The value of the variable is stored as an ASCII code.

For 64 bit signed large integers, this Cassandra data type is utilized. In comparison to int, this data type can contain a wider range of numbers. In this data format, 64 bit signed indicates a value ranging from about -(232) to +232.

This Cassandra data type is used for integers. It represents a counter column. These columns are a part of the rows, which in turn are part of the column family. These contain numeric values, containing the number of columns.

Integers are stored in this data type. This is a fundamental data type that is utilized in almost all languages.

It is used to represent integers. It’s a 64-bit floating-point number. A number with decimal points is also included.

This data type is used for representing IP addresses. Any system’s IP address contains both numeric and character information. It will not be necessary to perform any mathematical operations on these integers. Therefore, this data type is for character strings.

This Cassandra data type represents 64-bit long integers. It signifies the presence of a counter-columns, which are the components of the rows, while the rows are a member of the column family. These are numerical values that represent the number of columns.

It indicates a string that has been encoded in UTF8. UTF 8 is a character encoding variable. This effectively encrypts all valid Uni-code points by utilizing one to four 8-bit types.

A timestamp is represented by this data type. It’s made up of both integer and string Cassandra collections. This timestamp is essentially the date and time of creation. It can be in a variety of forms such as date, year, month, time, and meridian position for a period of time are all included in this format. Following are the formats for the same:

This data type also indicates a string that has been encoded in UTF8. However, it is used to meet the UTF 8 specification, as explained in the data type timestamp section above.

The 19th CQL data type is a varint. It is described as an arbitrary-precision integer, and its equivalent constants are integers.

This data type is used to store all of the data in a single variable. The Cassandra Query Language supports the following three different forms of collecting data.

Cassandra allows users to construct their own data types based on their needs. After establishing a data type and fields inside it, the user may modify, validate, and even delete a field or the data type in bulk.

Tuple data types are also supported by Cassandra. Tuples of data are made up of different data components or attributes. Tuples can be anonymous user-defined data types or customized data types. Due to the fact that a tuple is always in an isolated infrastructure, it is impossible to change individual members without also changing the entire tuple.

In Cassandra Query Language, these data types are used to take input data, allocate memory for processing the data, and then compile the data for the user’s use. As a result, these data types provide information about the intended use of the data to the compiler. Additionally, it specifies the data operations that can be performed on it.