What is Virtual Networking? 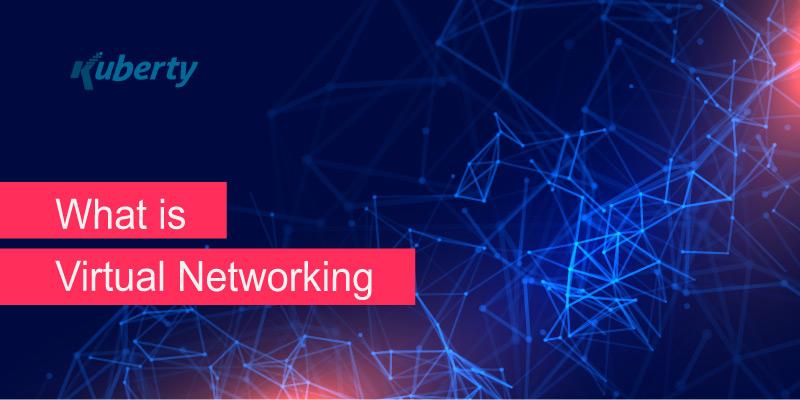 What is Virtual Networking?

A network means a group of computers which are connected together. If you aim to connect computers in your office or home, you connect them through cables. But such infrastructure is possible only for a small office or a building but what about the system across town? What about the partner or employee in another city or another country? Networking through a cable is not possible in such cases.

During the era of globalization, when international boundaries were gradually fading, a technology that could establish connections across borders in order to securely transmit data and resources was required. This led to the birth of virtual networks.

This is the technology that has overcome the need to connect systems through a wire or cable. Instead, in a virtual network, computers, servers, data centers, and other devices are connected via software and wireless technology.

The conventional rules of networking do not apply here. Instead, they use internet technology. So you can expand your network as far as the internet’s reach. So, it enhances the remote access capabilities of the network. In short, all your systems spread across the globe are consolidated under one umbrella.

What are the Tools that make Virtual Networking work?

To make the virtual network work, several tools coordinate with each other and make this possible.

Virtual Network Adapter- Every computer needs a Network Interface Card, which helps it connect to the network.

Security Features- Firewall and load balancers help enhance the security of your network.

Network Elements- You need a physical host, server, and other devices that are connected as a network ,such as laptops, computers, mobile, etc.

vSwitch Software- It is the software that is installed on the host server which allows configuring virtual networks.

Physical Network- There are scattered devices that are connected together via virtual networking.

Virtual networking can be used to create different types of the network which are discussed below:

A local area network is a small network which extends to a smaller area, i.e., an office building or a few buildings. A Virtual LAN refers to a network that connects one or more LANs and creates a logical network that works like a physical network but is equipped with enhanced security, better monitoring, and management of devices.

There are different types of VLAN but let’s not foray into it.

A VLAN creates a second layer, i.e., there are LANs, and VLAN connects all those LANs expanding the network. But there is a scaling limitation. VXLAN solves that problem. When it comes to large-scale deployments, you need VXLAN. It is an outlay virtualization technology which extends layer 2 to layer 3, which sits on the physical network.

A tunnel is created, which has two endpoints and physical or virtual base case route data. With the scattered and virtual data centers, it is an effective technology to gather distributed hosts under one umbrella.

How does a Virtual Network work?

When a company has offices in multiple countries and spans different locations, network connections via wires are not possible. In the age of advancing technology, real-time operations updates are equally important.

Thus, there was a need for wireless technology which could connect systems without worrying about their locations. It gave birth to Virtual Networking. In this case, all the devices are equipped with a Network Interface card or something which can send and receive signals. All the configuration of wires has been shifted to a software called vSwitch software.

This software takes care of all the stems that need to be added, removed, updated, etc. You don’t need to extend the cable to connect an extra device. It works with the help of Internet technology. All the communication between the connected devices is secured through the firewall and other security measures.

It has three different types, so an organization can choose the network which will suit it best. It is simplified and cost-effective.

Businesses that adopt virtual networking save a lot more than those that still rely on traditional networking rules. The various benefits that accrue are as follows:

The hardware is reduced to a great extent as the networking is virtualized. It saves money on cable and other hardware, plus their upkeep and maintenance.

It requires a great amount of time to establish physical connections. Virtually, it is accomplished via software which is quick and hence, more productive.

Adding and removing hardware in a physical network is not very easy. In virtual networking, these tasks are accomplished via software which makes it easy to scale. Thus, it makes the network more flexible and scalable.

The complexities of the network are minimized, and management is made simple via centralized access control.

The advancement of technology has simplified business operations. Business models are changing, and more people are working from home. Plus, it also saves the organization from incurring costs on space. Furthermore, it improves security, accessibility, flexibility, and scalability and facilitates businesses in many ways.

Virtual Networking is one such technology that has made it possible that a person sitting remotely can access a network with the use of the Internet. The guide contains an introduction to virtual networking, as well as a discussion of its benefits. Take a look at it and see how virtual networking can simplify and reduce the cost of your business’s networking.