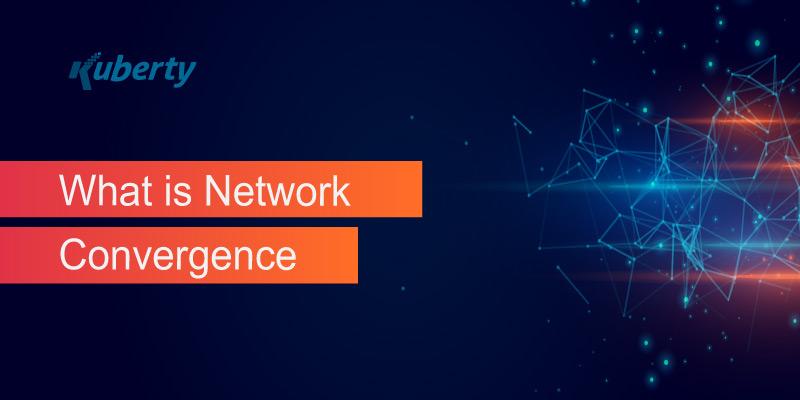 Before the era of network convergence, the companies used traditional network architecture, hardware, etc. to connect to servers. Since the user demand became more intricate and complex with time, it made more sense for all the tools to use the same infrastructure. Over time people started requesting a high level of experience, and the IT companies identified the need to decrease costs.

Hence, the plethora of required services pushed the envelope, and it made sense to use the same infra for all of them. TCP/IP, ethernet, etc., are used in network convergence, provide an integrated system, and improve the end-user experience. Network convergence consists of:

VoIP (Voice over IP): In this, voice media is sent using the Internet.

Internet gaming: When gaming setups such as Xbox are used to play online games.

Surfing: Browsing the Internet and landing up on different websites in an unsequenced way is known as surfing.

E-commerce: When buying and selling occur using websites on the Internet. In this, the data and funds are both exchanged online.

Texting: When short communication is sent between phones, it is called texting.

With the progress of network convergence, developers worldwide were facing a new set of problems and gaps. The bandwidth required skyrocketed as all the services that were part of the system were dependent on one network only. The IT developers were overwhelmed by the sophistication of applications. The end-users were transmitting a wealthy class of data, and it required an even more sophisticated network. Network convergence needs to have a proper design of the software and hardware. It is also paramount for the network to have adequate installation and time to time maintenance of the software and hardware. Companies must have a lot of bandwidth to properly function the software, tools, devices, services, and hardware.

A feature of redundancy is also to be available in the network, since, a lot of times there is a failure and critical applications also aren’t able to function. Building redundancy in the network ensures that critical applications can work in times of system distress or failure. Since all the tools feed off from the same infra, it also becomes necessary to prevent latency issues.

In traditional networks, a malware attack incident only disrupted the network that it broke into. The hackers could only access the data of the same network that they broke into. For instance, PC, telecommunications, TV, etc., all operated on different networks. Therefore, the attackers were able to impregnate only one network at a given point in time. When network convergence came into the picture, the attackers could access other networks by attacking only one point as they all used the same infrastructure: the significant security threat was tapping or eavesdropping. Since VoIP, laptops, desktops connect to one network, accessing the route from anywhere can provide the attacker access to others.

IP telecommunications firms globally lose hundreds of thousands of dollars each year resulting from stolen services of fraud. SIP (Session Initiation Protocol) is used for converging voice and video calls. However, the exact stream is different from the control one. Therefore, spoofing of calls is widespread. The attacker could tell the call manager that the call will only be audio but instead start streaming an HD video.

Another security threat is phishing which, when we relate with VoIP, is known as vishing. The attackers take advantage of the spoofed information or caller ID, which is suggestive that an authorized person is making the call and get the receiver to release otherwise essential credentials to the attackers over the phone.

Another mode of attack is called DDoS (Distributed Denial of Service). In this, the hackers destabilize the infrastructure of communications by crumbling and crashing cell phones.

So now you must have learned that network convergence is when all the three — audio, video, and data exchanges — use the same infrastructure. In this, all these points use the same tools and services. Over time as end-users’ needs got complex, it made sense to have all of this from the same focal point. E-commerce, texting, video calling, audio conferencing, and surfing are examples of network convergence. This type of network reduces the overhead costing to companies. It is a stable network and presents a sense of flexibility to the users. A lot of companies hesitate to jump to network convergence from traditional networks. But, if they consider the overall savings of cost, network convergence creates a framework that facilitates the understanding of all the networks.

We can comprehend the new and improved applications and how they have evolved from traditional ones. The synergy that network convergence provides is a stepping stone into another digital era. It has blurred the line between conventional network systems where there was a separation between standard networks, telephone, and data transmission. It allows the company to have one network from a single provider and use it for all the communications. It has also brought a majority of consistency and reliability to the network systems. It also increases the productivity of IT employees. The return of investment of the network convergence is high to combat the initial investment cost of the network. With all the advantages, there are a set of drawbacks too. Since all the points are interconnected through a route, breaching any point gives the attackers access to every network. The risk ranges from eavesdropping, vishing, and DDoS. Such attacks call for even more sophisticated tools and services to combat the threat of such attackers. Network redundancy can play a crucial role here to respond to such cyber incidents and prevent failure of the entire network.