What is GitLab? Why is it So Popular?

Home / Application / What is GitLab? Why is it So Popular? 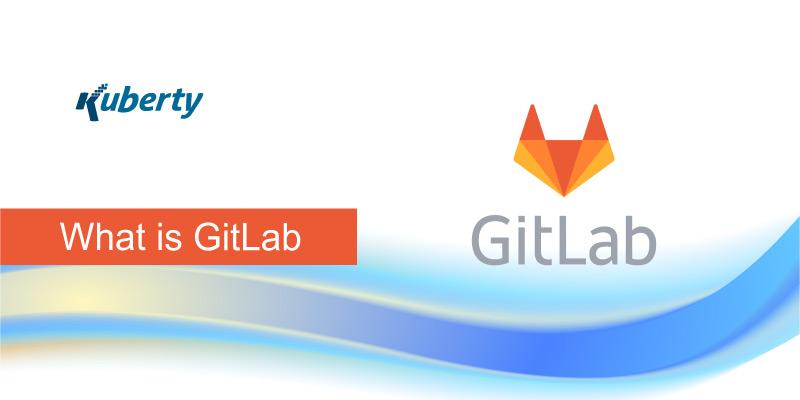 What is GitLab? Why is it So Popular?

Why is GitLab so Popular?

You must have heard application developers talking about Git and GitLab. While they use it almost every day, it’s not usual for a non-technical person to encounter these terms. That’s why most people have only heard the terms but have no idea what it’s all about and often ask what GitLab is.

Approx. 100000 users use GitLab worldwide. Among these users are IBM, Goldman Sachs, NASA, etc. So, it makes people wonder what GitLab has to offer to these large companies.

It is said that it is a code management tool, but what it does? How it accrues value to the technical groups and how it benefits customers. You should read this guide if you’re wondering why GitLab is used. This article outlines the following:

That’s all about Gitlab. So, get ready.

What do you mean by Git?

In simple terms, it is a version control application that records every change made to a file. How does it work? Here’s a simplified explanation. Suppose you are building an application with your team. You wrote some code. Someone else changed it a bit and took it forward. In this case, how would you check who made the changes and what exactly were the changes that were made? That’s where Git comes into play.

It is a repository that records the changes that have been made on a project. No matter the size of the project and how many people are working on it, it improves coordination among the members and tracks the progress.

Multiple users can work together without affecting each other’s work, and it makes supervision easy as it records the changes made and who made them and when they were made.

Although it may sound the same to non-technical people, developers, programmers, software engineers, and other back end technicians have different responsibilities. Prior to DevOps platforms, teams used to complete their work and then hand it off to another team for processing. It was a time-consuming process. This delayed product delivery.

This is where Gitlab comes in. Through this platform, professionals involved in a project can collaborate on planning, coding, managing, monitoring, etc. Together, the teams build better software, reducing cycle time and delivering value to the customers on a timely basis.

There are no handoffs, no integration points, and it is open source, so it’s free. It has some very useful features which the professionals can use, plus if they need more features, they can get a paid version and increase their productivity.

A Brief History of GitLab

GitLab was initially open-source and free software. Nevertheless, things changed in 2013, and it was split into two versions- Community Edition and Enterprise Edition. The license requirements for CE and EE were the same, and they were distributed under MIT licenses. These were free and open source editions back then.

Then in 2014, a new version of the EE License with features different from those in the Community Edition was introduced. The CE version remained unchanged. Since then, there have been some significant changes, and in 2018, Gitlab became the USA’s fourth fastest-growing company.

Gitlab can be called a one of its type platform. Development, operations and security teams all flourish under its umbrella and customers are delighted with reduced cycle times. It’s the features of GitLab which make it different.

The utility of GitLab has been understood by groups such as Alibaba and IBM. The benefits that accrue from this platform which has made it popular among tech-savvy groups. These benefits are listed below-

The rate at which the market is changing is faster than ever. It’s better that the idea turns into reality at the earliest. By serving the market as quickly as possible, you can anticipate their other needs and start looking for other opportunities. This doesn’t have to take months. You can adjust quickly, collect feedback faster, and move ahead.

The biggest advantage of GitLab is that the entire team looks at the project the same way. It allows them to perceive changes faster and give feedback so that changes can be made without moving forward. It means smaller deployments and smaller iterations which are easy to troubleshoot.

Troubleshooting an entire program after the code has been written and the development phase has been completed is hectic. With GitLab, teams can coordinate easily while attending to every small change in codes, making iterations simple and shorter and easy to supervise and change.

GitLab is a cloud-native platform. Plus, it focuses on shorter cycle times which mean every security issue and vulnerability can be addressed and removed. Plus, there are audit logs and single sign-on features.

Nothing is perfect, and GitLab is no different from others. Apart from all the advantages it bestows, it is not perfect.

The developer, engineer, and programmer communities have been searching for a secure, collaborative platform that allows them to plan, code, develop, test, and address security issues all at the same time. However, integrations make it difficult.

The concept of value engineering fits here. To reduce the cycle time, eliminating non-value adding processes is essential. By designing GitLab, Sid Sijbrandij fulfilled this need of such a platform.

GitLab stands out because of its numerous features. Several benefits have been noted when GitLab is mentioned, including speeding up cycle times and reducing the number of errors. Security is paramount as an issue in today’s era, and GitLab has enhanced security features.

We hope that this guide has been helpful as it answers the basic questions, such as what GitLab is, why it is used, what its benefits are, etc., and helps you understand why major industry giants are its loyal users.