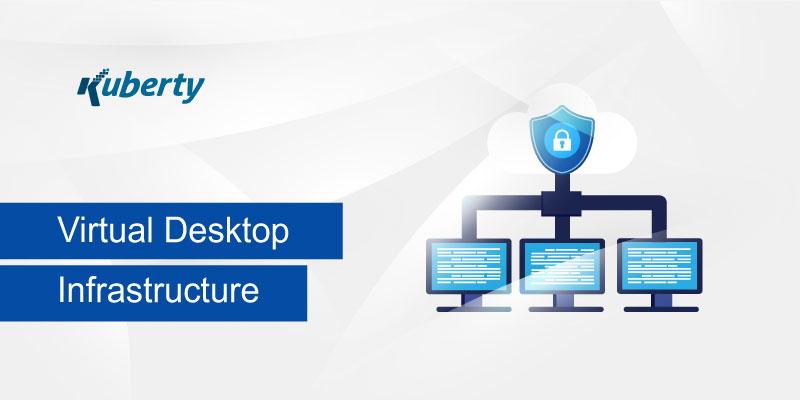 The usage of virtual machines to provide and administer virtual desktops is referred to as virtual desktop infrastructure (VDI). A desktop virtualization technology allows a data center to run and maintain a desktop operating system, often Microsoft Windows. VDI stores desktop settings on a centralized server and makes them available to end-users on demand. A standard PC, thin client device, or smartphone can all be used as an endpoint. End-user computing (EUC) encompasses the concept of offering virtualized apps and desktops to consumers. VMware coined the phrase VDI, which has since become a de facto technical acronym. The most prevalent workload is Windows-based VDI; however, Linux virtual desktops are also available. The following section explains how VDI works, its different types, requirements, history, benefits, and drawbacks.

With persistent VDI, a user connects to the same desktop every time. Users can customize the desktop to meet their specific needs because modifications are retained after the reset session. In other words, in a persistent VDI environment, workstations behave just like a physical desktop.

Each time you log in, a non-persistent VDI creates a new VDI image. Because there is no need to maintain personalized desktops between sessions, users connect to generic desktops, and no changes are saved. It is usually easier and cheaper. Non-persistent VDI is frequently used in firms with many task workers or personnel who only conduct a small number of repeated activities and don’t require a customized desktop.

What are the Requirements of VDI?

To successfully show a virtual desktop to a user, VDI necessitates the collaboration of various technologies. First of all, it must provide the user with a computing resource. Although a physical desktop can technically be used for this computing resource, virtual machines are more popular. A hypervisor hosts the virtual machines that will be deployed as VDI in on-premises deployments. VMware Horizon has been designed to run on its ESXi hypervisor, but Citrix Virtual Apps and Desktops and Microsoft RDS can be hosted on any hypervisor. Citrix Hypervisor (previously XenServer) or VMware ESXi are commonly used when highly graphical applications such as radiographic imaging or computer-aided design (CAD) require virtual graphics processing units (vGPUs). It is essential to have a mechanism for mastering and distributing VDI pictures, and these procedures are quite complex. Storage resources can be expensive, and they may be the single most costly part of VDI, especially when each virtual machine is given a large disc. IT may choose thin procurement, which causes the virtual machine to utilize the smallest amount of disc space possible before expanding as needed. However, it is vital to keep a careful eye on actual storage requirements to ensure that storage expansion does not outstrip available capacity. To counteract this risk, businesses may choose thick provisioning, which allocates the most space possible.

In the mid-2010s, DaaS, a desktop virtualization concept in which a third-party cloud provider provides virtual desktops via a subscription service, gained traction. In 2014, Amazon announced one of the first DaaS products, with single-user Windows Server 2012 as the operating system. Citrix, VMware, and Workspot, among others, followed suit with their own DaaS offerings. Microsoft’s Windows Virtual Desktop, a DaaS solution that runs on the Azure cloud and provides a multi-user version of Windows 10, introduced significant developments to the VDI business in 2019. Organizations must pay azure subscription charges. However, the DaaS option is included with a Windows 10 Enterprise license.

IT departments may extend the life of obsolete PCs by reusing them as VDI endpoints because little actual processing takes place at the endpoint. When it comes time to replace devices, organizations might opt for less powerful and hence less expensive end-user computing devices, such as thin clients.

Employees may connect to their virtual desktop from any location or device, allowing them to access all of their data and programs while working remotely from anywhere on the globe.

Since processing is done on the server, the hardware requirements for end devices are much lower. Users may access their virtual desktops from older devices, thin clients, and perhaps even tablets, minimizing the need for IT to invest in new, costly hardware.

Data is stored on the server rather than on the end-user device in a VDI setup. If an endpoint device is ever stolen or compromised, this protects data.

VDI’s centralized style makes it simple for IT to patch, upgrade, and configure all of a system’s virtual desktops. Due to centralized system resources allotted to the virtual desktop and the desktop image’s proximity to back-end databases, storage repositories, and other resources, the VDI user experience is equivalent to or better than the physical workstation.

When a company expands temporarily, such as through seasonal call center agent contracts, the VDI environment can be swiftly expanded. Other features of VDI include the capacity to control distant and mobile employees more effectively. Remote employees are growing increasingly widespread, and mobile workers make up a large portion of the workforce.

Apart from the above benefits, there are certain drawbacks in VDI that need to be addressed. Some firms installed VDI without a justifiable business case when it first became popular roughly ten years ago. As a result of the unexpected back-end technical challenges and a workforce that didn’t wholly accept VDI as an end-user computing model. It’s also crucial to evaluate a VDI implementation to verify that its architecture and capabilities can deliver relevant virtual desktop user experiences.

This article brings in a piece of comprehensive information about the Virtual Desktop Infrastructure. It gives you a thorough insight into how it works, its requirements, various types of VDI, its history, benefits, and finally, its drawbacks.