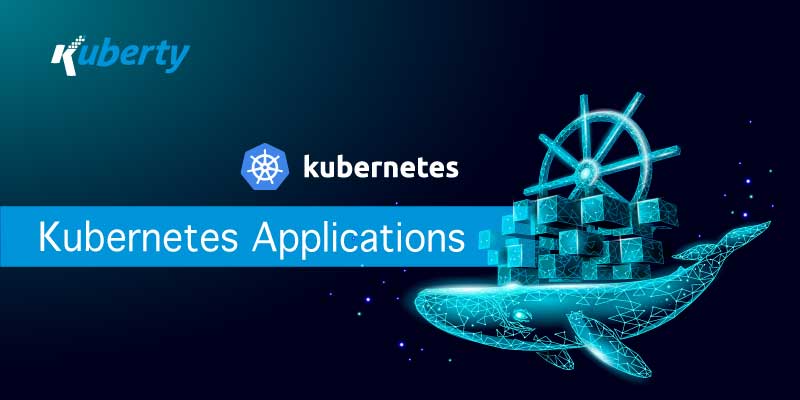 Kubernetes is an open-source container orchestration platform that enables quick and robust application deployment. It manages operations such as the deployment of workloads, clustering nodes, management of runtimes, and keeping a check on resources. Over the years, it has secured a lot of traction because it is a convenient way for scaling and managing applications.

In addition, various add-ons and plugins are also released in the market that can integrate them with Kubernetes to enhance the functioning and production of Kubernetes containers and clusters. These add-ons increase the functionality of Kubernetes and therefore, using them is a good idea for dynamic Kubernetes deployment. The blog is composed of the top 10 add-ons that efficiently enhance operations and networking of Kubernetes infrastructure.

Do We Need Applications for Kubernetes?

As everyone knows, Kubernetes is not a one-size-fits-all platform. For building clusters with ease and flexibility, relying on third-party solutions is a good move. If you’re using Kubernetes for learning purposes and want to work around the basic components, then you might not require these add-ons.

However, for development and testing for production on a large scale, these add-ons will help in achieving complex, production-ready environments that too with minimal manual effort.

It allows users to monitor the performance of the Kubernetes clusters in real-time. Grafana comes with 4 dashboards for the representation of different performances, they are:

It allows individuals to automate the deployment process and uses a default configuration to use within the clusters. The metrics used for collecting the data are high-level cluster & node stats along with lower-level pods & container stats. The higher-level metrics are used for alerts and the low-level metric for troubleshooting.

Calico is an open-source networking solution for containers, VMs, and host-based workloads. It is compatible with various leading platforms such as Kubernetes, OpenShift, OpenStack, etc.

It catalyzes the speed of all the Kubernetes processes and also offers cloud-native scalability. Moreover, it comes with tons of functionalities along with unique features like running containers on public cloud, on-premises, on single nodes, and even across a cluster with a bunch of nodes.

This add-on is used for the management of virtual machines on Kubernetes. Being a virtualization extension, it aims at offering a common ground for all the solutions based on virtualization. This is extremely beneficial for businesses that want to containerize all the virtual machine-based workloads easily. In simple words, users will be able to achieve a centralized development platform where they can build, modify, and deploy applications existing in both application containers as well as virtual machines that too in a shared environment.

Therefore, existing virtual machine-based workloads will be quickly used as containerized applications and developers can also delete them when required along with using the remaining virtualized components as desired.

Contrail offers end-to-end networking policies along with 360-degree control over the cloud or any other deployment from a single user interface. Converting workflows into dedicated policies, Contrail simplifies the orchestration of virtual overlays across multiple environments. Users can also control and manipulate end-to-end policies through various virtual environments.

Moreover, Contrial’s Software-Defined Networking (SDN) helps in deploying the workloads over any particular environment securely. Along with this, users can also enjoy the continuous overlay connectivity for technologies such as VMs, Containers, Bare metals from anywhere.

It is a flexible and extensible DNS server that works by default in Kubernetes for version 1.14 and above. Most of the users have adopted the use of CoreDNS in the place of kube-dns because the former comes with better and improved security measures along with tons of bug fixes.

CoreDNS allows individuals to take every possible action regarding the DNS data with the help of using plugins. In addition, users are also allowed to add various functionalities by simply writing the plugin.

It is one of the most popular and efficient add-ons for visualization and monitoring of Docker containers and Kubernetes. Users are enabled to see the entire infrastructure of their containers from a birds-eye view; therefore, checking problems within the distributed containerized app gets extremely simple and quick along with smooth deployment on cloud providers.

This add-on can be deployed on local hosts as well as in the cloud. The best part is that it analyses the processes, containers, and hosts automatically without the requirement of any kernel modules, libraries, or coding.

Multus CNI abides by the official definition for network resources (de-facto standard) for offering a method with configured additional network interfaces. This standard was originally released by the Kubernetes Network Group.

It is a native project for Kubernetes that executes the Container Network Interface with Kubernetes Network Policy for offering better network compatibility and improved security for pods along with managed workloads.

Moreover, Antrea untangles the networking process across various clouds and OS with a uniform network stack built over Open vSwitch. It is designed for bringing ease in deploying, operating, and adopting Kubernetes controller patterns along with robust diagnostics.

This add-on is used for managing networking in Kubernetes. In addition, it also offers the ability for the management of tenants and networks. Following are the four major components of Knitter:

Moreover, it comes with a set of end-to-end container networking solutions and features such as keeping IP addresses for applications, IP address migration, etc.

Romana is an add-on for Kubernetes that enhances the automation of creating isolated cloud-native networks and secured applications with the help of micro-segmentation. It utilizes the industry standards for securing applications so that they can be deployed easily on public and private clouds.

Its integration with orchestration systems such as Kubernetes will let developers utilize existing tools and workflows for securing their applications.

Kubernetes or K8s is the most popular platform for the deployment, scalability, and management of containerized applications. Originally developed by engineers at Google, Kubernetes comes with tons of features and benefits for managing and deploying containerized applications. However, hundreds of add-ons and plugins are used for taking the functionalities of Kubernetes to the next level.

The blog is composed of 10 add-ons or third-party applications for Kubernetes that are used for enhancing the networking, management, and functioning of the Kubernetes. Moreover, their benefits are also mentioned for a better understanding of the value they can add for various businesses.