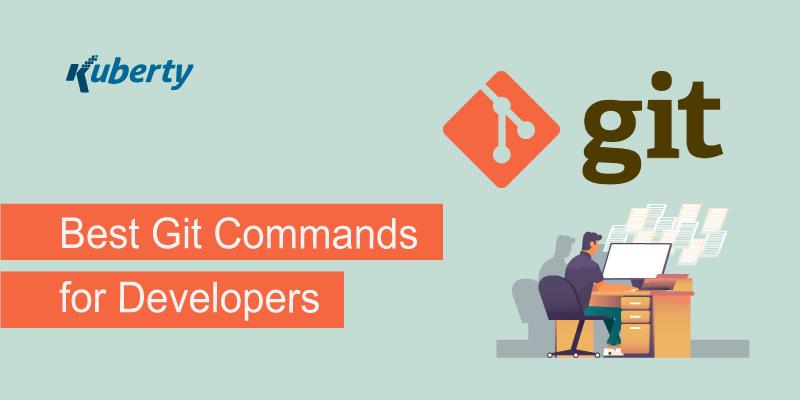 We live in a digitized world. We use any type of software application at every step we take. So, the current software industry is no doubt the most useful market of our time. Developers who create and run software programs know how much effort it needs to run a program smoothly. As a developer, you will know the importance of Git in the software industry. Using Git in your developed program confuses you the most in the whole process. Many Gits are available in the market but using a particular Git for your program is the hardest part. You might get overwhelmed to see so many Gits and end up not using the proper Git for your Program. But to your rescue, we are going to discuss the different types of Gits and their right usage. In this article, we will try to elaborate on the types of Gits. So, read more of this article to strengthen your knowledge about Gits.

Being a developer, you need to know what exactly Git is. The basic knowledge about Git will help you to choose the best Git option for your software program. Git is a control system for your software program. A Git helps you to maintain and order the program of application developed by you. Git is an exclusive example of Distributed Version Control System. So, Git controls your program from every part and factor. Git also helps the developer to copy the program for future reference. A developer can also manage and control the history of the program using Git. In conclusion, Git gives a software program security. Flexibility and slick performance.

Best Git commands and their usage

All the developers know that the huge number of Gits is really exciting. Different Gits offers different types of performance and control to a program. So, using a particular Git is the best way to enhance the performance of your program. Here we will let you know the best Gits for your program and their relevance.

The basic Git you have to use in your program is Git Init. Git Init serves the primary control over a program if it’s not Git controlled previously. It converts the programs into a repo program. Git Init can also be used to start an empty repo. Whenever you use a Git Init, it adds a sub-directory to your program so that you can replicate them. If your program has a repo or Git repository then you don’t net Git Init.

This command is used to start a new repository.

A Git Clone command downloads source code from an empty repository. This Git will link the downloaded repo with the original version of the repo. The link will act as a memory of your program. You can edit your program according to the original later. You can also use Git Clone to detach your software program from the origin.

To link with the original: git clone [url]

To delink with the original: $ git remote rm origin

We must say that Git Branch is the most functional Git of all. A Git Branch creates a parallel with other programs. A developer can work on any program and control the other at the same time using a Git Branch. As a result, the workflow of the developer increases. For example, if you are working on a base of a program and you need to disassociate the base with another base in the same program then you need a Git Branch. This Git will separate the two bases, yet you can work on the bases at the same time. You can use Git Branch for many purposes as creating a new branch, viewing an existing branch, or even delete a branch.

This command deletes the feature branch.

You cannot stage any file without telling your program to do it. This is where the use of Git Add comes. Whenever you create, delete, or edit any file you should use Git Add to tell your program for staging. If you don’t use Git Add then your program will not show any changes that you previously made. So, you have to keep in mind that you Git Add to run your program smoothly. You can either add one file or many files by Git Add.

A developer needs to upload the changes in the software program. In this way, the changes will be available to all the developers who are assigned to a particular project. A Git Push is efficient enough to do this for you. It helps to push all the edits in the program to a safe remote place. As a result, one cannot manipulate the changes you have made.

The opposite function of Git push is carried out by Git Pull. Where Git Pull uploads the changes you have made to your teammates, Git Pull fetches all the changes made by your teammates to you. So, a Git Pull downloads and pushes the fetched information to your repo.

A Git Diff is the mirror image between two branches. You have to use Git Diff to contrast your branches and make changes to them. You can also compare your existing files with any of the branches of your program. A developer uses Git Diff to observe any conflicts between files, branches, and responses.

Sometimes developers need to shelve a work and move to another. They might get back to the shelved work later. Git Stash is perfect to use during these times. A Git Stash saves up work to the point of getting off and switches to another branch. All the data in the previous programs are saved without committing.

Many times developers get lost on the history of their repo. Yes, this can be a nightmare if you were working on a big branch. To ensure that you have all the records of your repo, you need Git Status. Git Status will present all the information on your repo like the last branch you used, whether your branch is updated or not if you need to use push or pull. You can also use Git Status to see files that stage, recently created or modified.

A code becomes complete only after all the branches are merged. Developers work in different teams. They also work in different branches at the same time. So, the huge number of branches merge to create a single program. Now, when you are completed with modifying, testing, and committing to a single branch, you need to merge them with the parent branch. Developers use Git Merge for this purpose. A Git Merge will connect the parent branch with other branches. The following command will show how this happens,

The above article will help the developers to create an efficient and consistent software program. The Git commands are nothing but a huge help during software development. Hope you are helped by this article. We gathered all the best Git commands available so that you can create new programs smoothly. Use the above-mentioned Git Commands for more convenience at your work.